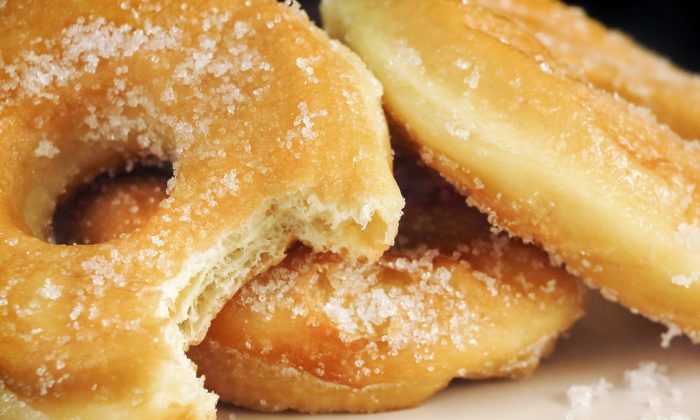 Move Over Cigarettes! Sugar and Starch Are Also Major Causes of Lung Cancer

New research indicates that smoking isn’t the only high-risk activity when it comes to developing lung cancer. It would seem that a diet high in sugar and starches could be a major cause as well, NBC News reports, even for non-smokers.

Researchers have discovered that people who remember eating more foods containing a higher glycemic index are also more likely to develop lung cancer. They note that glycemic index is a term that is very familiar to diabetics; it is ascribed to foods that raise blood sugar and stimulate the production of insulin, like bagels, some fruits, including melon and pineapple, and white rice.

Besides maintaining healthy lifestyles, reducing the consumption of foods and beverages with high glycemic index may serve as a means to lower the risk of lung cancer.
— Dr. Xifeng Wu

NBC News reported that the aforementioned research is not the first that links the glycemic index with an increased risk of cancer. However, it is rare that the index is linked to cancer of the lungs, since that health condition is generally attributed to smoking.

“The team at MD Anderson Cancer Center in Houston studied 1,905 people who had just been diagnosed with lung cancer and compared them to 2,415 people without cancer. They quizzed them about their eating habits, smoking, income and other factors.

“People who ate the most foods with a high glycemic index were about 50 percent more likely to be in the lung cancer group than people who reported they ate the fewest high-glycemic foods, the team reported in the journal Cancer Epidemiology and Biomarkers.”

Oddly enough, researchers noted that the link was stronger among those who had never smoked; non-smokers were more than twice as likely to develop lung cancer if they said that they had consumed a high glycemic diet.

“The results from this study suggest that, besides maintaining healthy lifestyles, reducing the consumption of foods and beverages with high glycemic index may serve as a means to lower the risk of lung cancer,” Dr. Xifeng Wu, who led the study, told NBC News.

How is this happening? Doctors aren’t sure, but there’s a theory that high-glycemic foods stimulate the body to make insulin, which in turn affects the growth of cells via compounds called insulin-like growth factors or IGF. Cancer processes amount to uncontrolled proliferation of cells, so it is possible that high glycemic foods are adding to the growth of small tumors.

“IGFs have been shown to play a critical role in regulating cell proliferation and differentiation in cancer and there is evidence to suggest that IGFs are elevated in lung cancer patients,” wrote Wu’s research team.

In fact, that is suspected in several cancer types, the Today show reported.

“Previous studies have investigated the association between glycemic index, and the related measure glycemic load, and a variety of cancers including colorectal, stomach, pancreas, endometrial, ovarian, prostate, and thyroid but these studies are limited and results have been largely inconclusive,” the researchers wrote.

The current study is also inconclusive. For one, researchers asked their subjects to remember what they had eaten; for another, the risk is an association. People who eat foods with high glycemic indexes may also engage in other activities that, combined, enhance the risk of cancer. Also, this particular study only focused on non-Hispanic whites.

“Marji McCullough, an expert in nutritional epidemiology at the American Cancer Society, says it will be important to look at people who don’t have cancer now and watch what they eat for years or decades, and see who develops cancer.”

The number one cancer killer in the U.S. is lung cancer, claiming more than 150,000 lives a year. At first, it usually only causes vague symptoms; by the time most people are diagnosed, the disease has spread, and is more likely to be fatal.