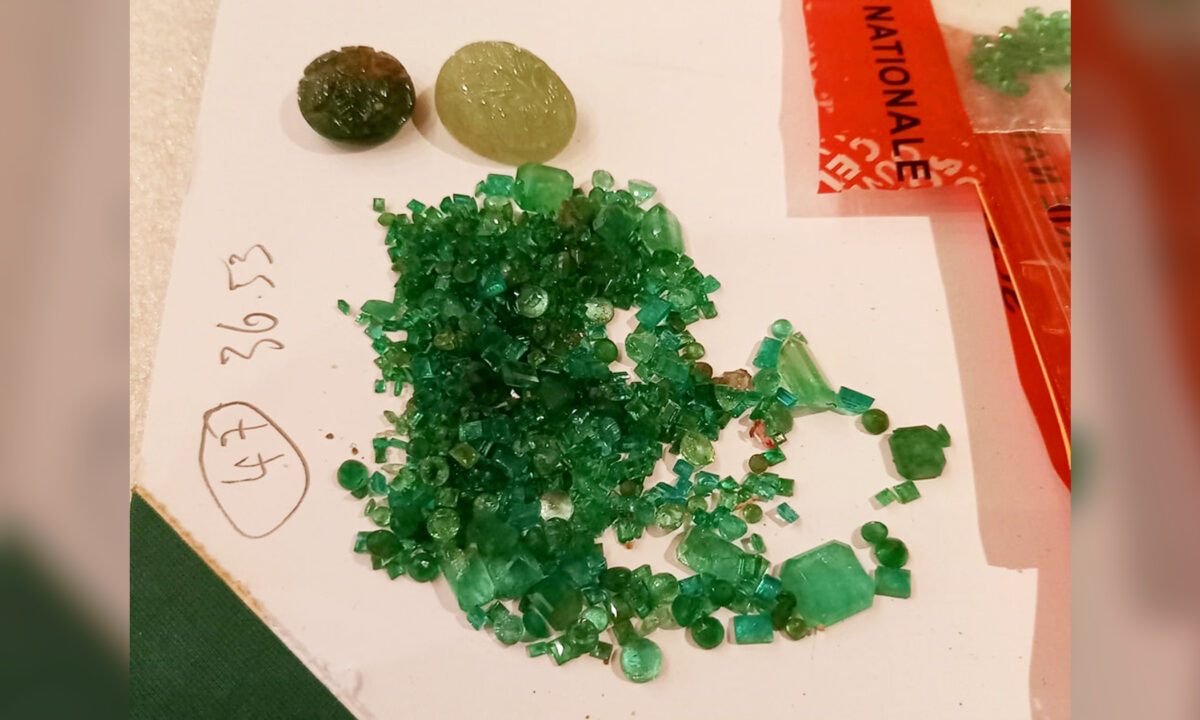 In the decades after the 1966 crash of an Air India plane on Mont Blanc in Chamonix, France, the mountain’s ice and snow have been yielding bits of debris, such as photos, old newspapers, and in 1986 even a piece of a landing gear.

Then in 2013, a French mountain climber in his 20s made the dazzling discovery of a metal box containing 6,000 precious gemstones—mostly emeralds and sapphires—worth a staggering 300,000 euros ($339,000).

The climber turned in the gems to the Chamonix authorities, who sought out the heirs of the lost trove. According to French law, if the property is not claimed by the rightful owner within two years’ time, it is forfeited and to be divided equally between the finder and the authorities.

The Chamonix council said they will display their half of the treasure at the recently reopened Chamonix Crystal Museum as part of its geological and historic mineral collection.

As the stones were very precisely categorized, they likely belonged to an Indian stone dealer who was on their way to Geneva for commercial reasons, France 24 reported.

The Boeing 707 flight that crashed on Mont Blanc so many years ago, killing 117 passengers, was the Kangchenjunga. Among the dead was Homi J. Bhabha, the “father” of India’s nuclear program, leading some to claim that the plane had been shot down by a fighter jet or missile.