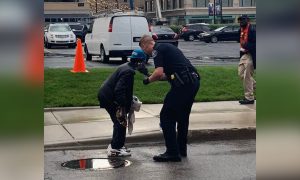 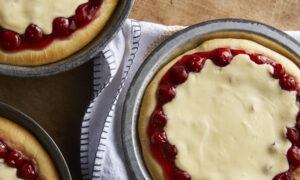 Baking From the Heartland: A Tribute to the Great Baking Traditions of the Midwest
0 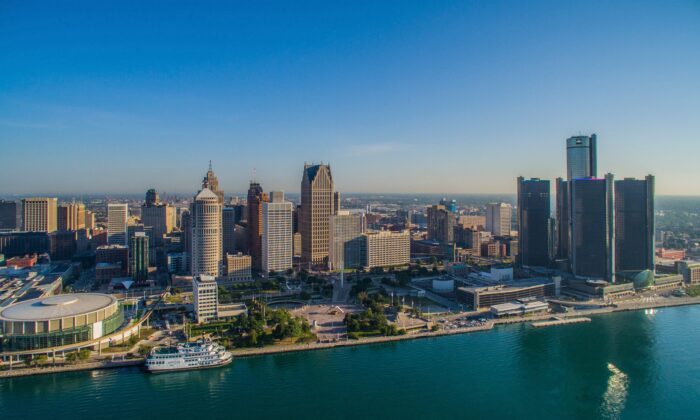 When I told friends and family about my plans to travel to Detroit, I received a variety of reactions. Probably, the most common was the question, “Why Detroit?”

Once considered the Paris of the Midwest due to its architectural prominence in the early 20th century, the city had a rough go of it for many years, so it hasn’t exactly topped lists of destinations to visit.

In truth, I wanted to visit Detroit because I was curious. I had heard there were great things happening in the city, and I wanted to see what this Midwestern metropolis was about. That curiosity led me to spend the better part of a week wandering the city’s regal avenues, meeting and mingling with locals, and indulging in everything from Coney Island hot dogs to fried chicken, fancy cocktails, and locally produced wine.

Sure, had I visited the city a decade earlier, I would’ve witnessed a different place. But I was visiting the Detroit making a comeback, a city that had fought long and hard and was finally getting its second wind.

One Detroiter told me that the downtown area had been experiencing an incredible rebirth in recent years. Wonderfully landscaped outdoor spaces such as Campus Martius Park, Capital Park, and Beacon Park create mini escapes within the heart of the city. Restaurants, bars, bakeries, and cafes continue to pop up, as locals and transplants eat and sip at the trendiest spots, spilling onto sidewalks in warm weather as gentle breezes drift off the city’s namesake river.

That lovely river setting only adds to Detroit’s allure. Its vast waterfront, known as RiverWalk, is a 3.5-mile revitalized stretch along the city’s edge, and ideal for walking, jogging, biking, or simply recharging. Offering boat rides, splash rides, and a carousel to boot, Detroit RiverWalk and its myriad activities appeal to folks of all ages.

Architecturally, the variegated cityscape resembles that of other urban centers. No one can ignore the majestic towers and wide-open plazas in this classic American city. With a backdrop of stately Art Deco structures—see the Guardian Building and the Fisher Building for stunning examples—downtown’s elegant silhouette is worthy of oohs and ahs. Detroit’s grand dames rival other U.S. landmarks such as the Board of Trade Building in Chicago and the Empire State and Chrysler buildings in New York.

The town’s history as an automotive industry and music capital, giving Detroit its nicknames, Motown and Motor City, are evident almost everywhere. Cadillac Square. The GM Renaissance Center. Stevie Wonder Avenue. Temptations Drive. The city is a vibrant mix of what’s happened in the past and what’s to come.

Detroit basks in tradition while reinventing itself.

One shining example is the reimagined Shinola Hotel from the luxury goods retailer by the same name. A bastion on Woodward Avenue, the property stands at the epicenter of the city’s shopping district. Besides an ideal downtown address in the former T.B. Rayl & Co. and Singer sewing machine stores, the luxe interiors—from the flawlessly crafted millwork in guest rooms to the eclectically decorated living space and lounge adjacent to the reception—are a nod to Detroit’s past, present, and future.

Another hotel that’s been repurposed is the extended-stay Element Detroit in the 1925 Metropolitan Building. The Marriott property maintains original details in the lobby, exuding an Old World-feel but with all the modern conveniences any traveler could yearn for. The Siren Hotel is set in the graceful Wurlitzer Building, circa 1926. The structure was carefully restored, preserving the building’s character, and is now one of Detroit’s hottest additions.

Culture Is Ready and Waiting

Like many great cities, all of downtown is easily accessible on foot. But the People Mover light rail system makes 13 stops on a loop circling the core, allowing you to hit the city’s main attractions. Another option is to hop the Q Line and coast to Midtown, due north of Downtown, where trendy shops now occupy once-empty storefronts. I recommend getting off at the Warren Street stop to spend some time at the Detroit Institute of Arts Museum, a stunning depiction of Beaux-Arts architecture and sprawling exhibition space of more than 100 galleries and 65,000 works, ranking among the top six collections in the country.

About a mile from downtown, Eastern Market is both a neighborhood and marketplace open on Saturdays year-round. It’s where visitors can soak up the essence of Detroit and experience a bit of local color in the people, and murals adorning the 19th-century building façades. Support local farmers, vendors, and artists while listening to live music and feasting on every type of cuisine imaginable.

Northwest of Midtown lies the small but iconic Motown Museum—the former residence of Motown founder Berry Gordy—often referred to as “Hitsville U.S.A.” Don’t be surprised when you eye a modest building resembling a house because that’s precisely what you’ll find. Unlike many cultural institutions, there’s no grand entrance to this museum. But there’s music, with each tour culminating with a singalong in Studio A, where the popular Motown hits were recorded.

The People and the Promise

Midwesterners really do radiate a warm and fuzzy feeling—they’re kind, generous, and approachable. It’s no surprise, then, when I say the most memorable aspect of my time in Detroit was the people I met. Detroiters are astonishingly friendly and thrilled to open their hearts to strangers. The pride they feel toward their city is contagious, and their conviction is part of the reason why Detroit is rising again.

During my trip, I shared several photos on social media, and friends said Detroit was not at all what they had pictured.

Detroit wasn’t at all what I had pictured either. Yes, this city has endured its share of heartache, and it is still in transition. It may take years to fill the vacant lots, and even longer to remove the stigma that still clings to the town’s name.

But Detroit is also a city with gumption, soul, and resilience. The hometown pride and good nature of Detroiters are reasons enough to visit the city, or at least be curious about it. While the Midwestern hospitality can’t be overlooked, neither can the history, culture, and promise of Detroit’s future.

The author was a guest of Visit Detroit.