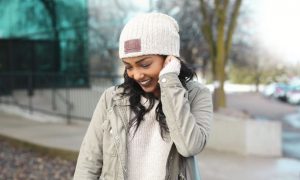 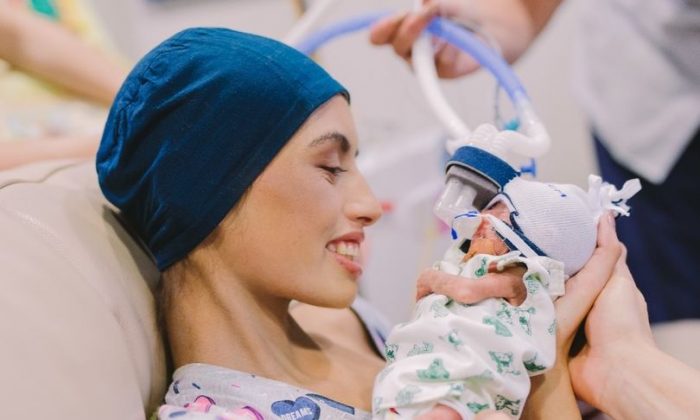 Mother Dies After Delaying Cancer Treatment to Save Her Baby Boy

A teenager who delayed cancer treatment while pregnant to give her baby boy the best chance of survival died “surrounded by many broken hearts.”

Brianna Rawlings, from Sydney, Australia, made headlines after refusing treatment for leukemia so that her son Kyden could get the best possible shot at life.

Heartbreaking photos showed the 19-year-old holding her son after he was born via an emergency c-section. Sadly, baby Kyden lost his battle for life 12 days later after contracting a stomach infection.

Speaking at the time, the young mother told the Daily Mail, “Those 12 days I was able to spend with my baby boy Kyden, holding him, counting his toes and fingers and talking to him like I would when he was in my tummy.

“They were just so special, they were the best 12 days of my life!”

Brianna’s sister Kourt Rawlings announced the news of her passing in an update on a GoFundMe page set up to help the family with medical costs.

“Our Beautiful Brianna reached the end of her journey with us here on earth and was finally reunited with her Baby Bear Kyden,” she wrote shortly after the young mom passed away on “December 29th around 9 p.m.—surrounded by many broken hearts.”

“We are absolutely broken but at the same time at peace knowing she is no longer in pain, no longer in pieces and unsure of what news was to come next.

“We love you more than the stars beautiful girl, fly high and please guide those who are unsure of how to be on this earth without your contagious smile.”

Kourt Rawlings later wrote in a funeral announcement that, “Bree would have wanted you all to talk and share your memories forever,” adding, “please don’t bottle them up, cry but laugh more.”

Speaking of the proceeds from the GoFundMe donation drive, she said, “Thank you to everyone who has donated and supported Bree and our family, funds will now go towards a beautiful funeral celebration later this week.”

Brianna Rawlings was just 17 weeks pregnant when she was diagnosed with an aggressive form of blood cancer.

The choice she faced was stark—terminate the pregnancy to increase her own odds of survival, or carry her son to term and battle the excruciating disease with minimal treatment.

“She was given two very raw and heartbreaking decisions,” said Kourt in a GoFundMe update, adding, “her selfless and caring side shining through—without hesitation, chose to halve her own chances of survival in order to give her son a fighting chance.”

“My decision was about Kyden and Kyden only,” she told the Daily Mail at the time, adding, “he was my son and my little miracle.”

‘Our Son Grew His Wings’

Brianna was forced to give birth three months early.

“Bree contracted an infection which could have passed over to Bub. This forced an emergency Cesarean and had Baby K delivered into the hands of NICU 3 months early,” her sister wrote in an update.

Her son battled for life for 12 days, before succumbing to an infection.

“Then the most shocking and heartbreaking news was when he picked up a stomach infection and within hours we were told to say our goodbyes.

“This infection took his precious life and our son grew his wings.”

Brianna’s health seemed to improve after the ordeal.

“She is going very well at the moment,” her sister said in an update, “finally putting on weight and feeling great!”

“Blood levels are on the rise and she is working hard to get those leg muscles working again.”

Sadly, things took a turn for the worse, and not even a bone marrow transplant offered up by a family member was an option.

Brianna lost her life after just two injections of a cancer-fighting drug, and just days after turning 19.

Kourt Rawlings wrote, “For anyone who is unsure of how to cope with this news, please call a loved one, please talk about Bree, talk about how you’re feeling, what you’re thinking, post photos of Bree and express your thoughts and love for her. We are so grateful for those who share memories with our Angel, please don’t bottle them up and never forget them.”

The illness that took Brianna’s life—NK Lekaemia—is a rare and aggressive form of blood disease.