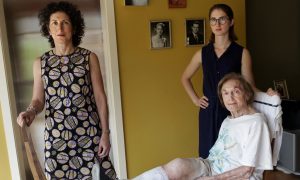 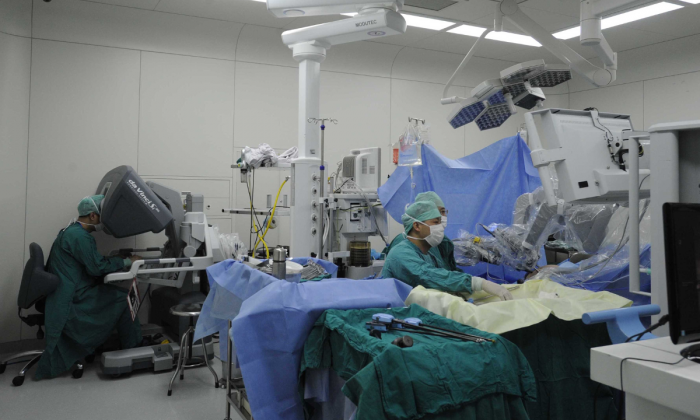 An operating room in Guangzhou, China in this file photo. (VCG/VCG via Getty Images)
China

Medical treatment, education, and housing are considered the “top three burdens” in today’s China. Wang Jian, chairman of the board at China’s BGI Group, a renowned genome sequencing company in Shenzhen, revealed that “about 60 percent of (terminally ill) Chinese spent 60 percent of their life savings in their last 28 days on medical treatment.”

During a recent interview with Phoenix TV, a Hong Kong-based Chinese-language broadcaster tied to the Chinese government, Wang explained that the data was collected by China’s medical network and believes it truly reflects the current situation.

According to a report from Chinese news portal Sohu in November last year, a 67-year-old patient surnamed Liu was hospitalized in September 2018 for acute myocardial infarction and a severely blocked coronary artery. In just over two months, the medical expenses were up to 1.67 million yuan ($243,000).

Staff at the hospital explained that the urgent situation of this patient required various advanced medical equipment was used for the treatments, resulting in the exorbitant medical bills.

Chen Bingzhong, a former official of the Chinese Ministry of Health, told NTD Television, Epoch Times’ sister media, that one reason Chinese spent most of their savings at the end of their lives is because of overtreatment.

“When a person is dying, hospitals (in China) often suggest treatment plans that are not only over treating, but also futile. As a result, the patient’s lifetime savings could be exhausted in as little as 28 days.”

Chen pointed out that these hospitals persuade the patient and the patient’s family to allow overtreatment because they are after profits. It is also a huge waste of medical resources.

Chen said that the root cause of the heavy burden of healthcare in China is the government’s seriously insufficient funding of the medical care system.

“Individual patients have to bear a big percentage of the medical care costs. Only high-ranking officials enjoy free health care. For everyone else, only 20 to 30 percent of medical costs are reimbursed. It is not surprising that everyone is afraid of getting sick and seeing a doctor,” he explained.

Mr. Zou, a pharmaceutical sales representative in Shaanxi Province, told NTD Television that there are three common problems in China’s medical system: medical staff rely on selling medicines as the main source of income, hospital staff ask for rebates from pharmaceutical or medical equipment companies, and overtreatment to make more profits. All of which are directly related to insufficient funding from the government.

He pointed out that in addition to health care, Chinese authorities have turned what should be government obligations into for-profit industries.

“The ruling party is a special interest group that tries all means to take advantage of its authority to make money and maximize its profits,” Zou said. “A totalitarian government always treats civilians as a tool to accumulate wealth. If the totalitarian system is not changed, any medical reform is useless. The problems will persist.”