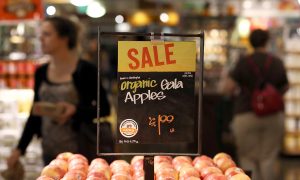 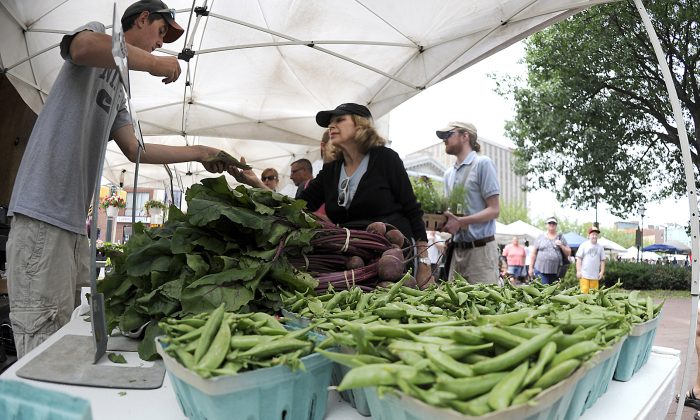 More Poor Are Getting to Eat Healthy, Thanks to Food Stamps

The federal government has some good news: The dollar amount in food stamps people used to redeem produce at farmers markets rose to an all-time high—$18.8 million in the fiscal year 2014.

This number is six times the amount in 2008, when many farmers markets first began providing financial incentives to food stamp recipients to get them to buy fresh produce, according to a U.S. Department of Agriculture (USDA) study.

Scientific surveys show that people who live in low-income, minority, and rural communities tend to have less access to supermarkets and fresh produce than people in high-income neighborhoods.

The “food desert” phenomenon has real health effects: Blacks and Hispanics have the highest obesity rates among both children and adults, disproportionate to their respective populations, according to the Centers for Disease Control and Prevention (CDC).

Even Whole Foods Realized It’s Too Expensive for Millennials

Why Panera Bread Is Not as Healthy as You Think

To encourage more low-income families to shop for healthy, organic local produce, some farmers markets have developed incentive programs. People could spend a certain amount in food stamps, or Supplemental Nutrition Assistance Program (SNAP) benefits, and get extra coupons or vouchers in return.

The total number of farmers markets, farmers, and roadside farm stands that accept SNAP benefits has increased from 753 in 2008 to more than 6,400 today, according to the USDA.

To pay for the coupon programs, some farmers markets get funding from local governments, philanthropists, foundations, or grants.

As a provision of the 2014 Farm Bill passed by Congress last year, the USDA awarded $31.5 million to local, state, and national organizations that help support farmers market incentive programs.

The USDA also gives out free wireless equipment to some farmers markets, so they can swipe people’s benefits cards to retrieve their food stamps.