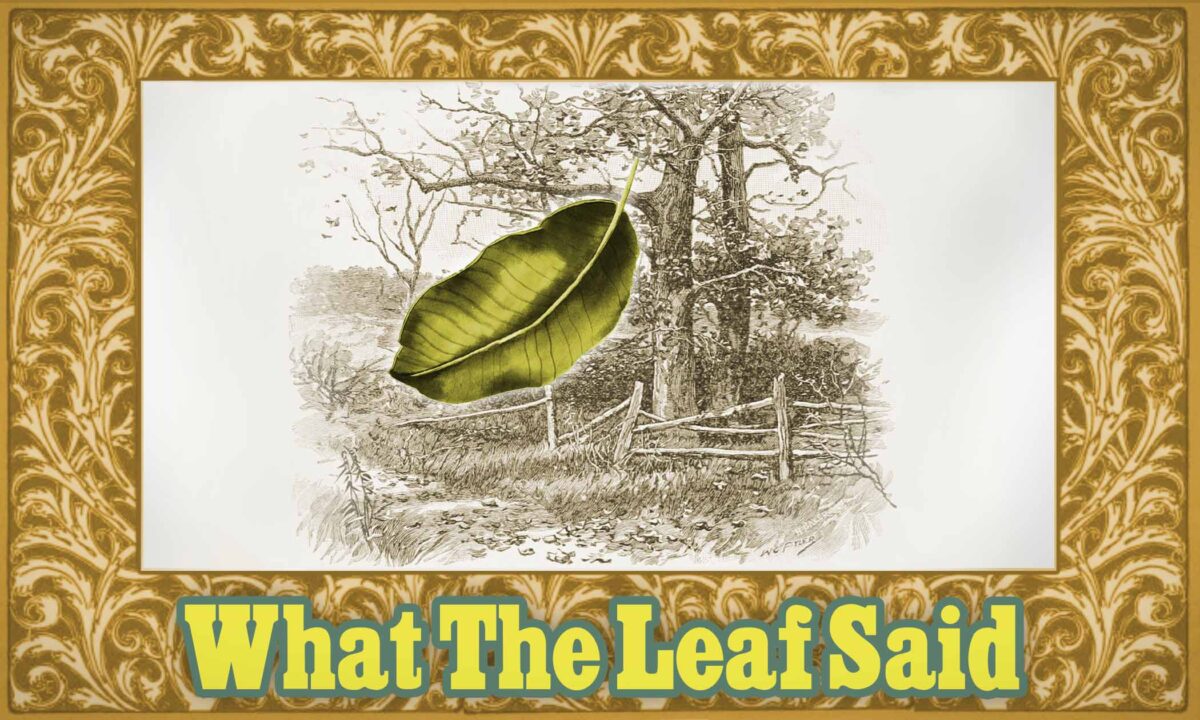 A combination image compiled and designed by The Epoch Times using images in the Public Domain and from Yuli Sh/Shutterstock.
Traditional Values

Moral Tales for Children From McGuffey’s Readers: What the Leaf Said

This is the 17th installment in our McGuffey Readers series, in which we reproduce some of the best moral tales from these classic 1800s schoolbooks, which sold an estimated 122 million copies by 1960, the largest circulation of any book in the world next to the Bible and Webster’s Dictionary. McGuffey’s Readers played an important role in American history, offering children not only lessons in reading, grammar, and spelling, but also in moral conduct and character. Enjoy, and share with your children!

What the Leaf Said

Once or twice a little leaf was heard to cry and sigh, as leaves often do when a gentle wind is blowing. And the twig
said, “What is the matter, little leaf?”

“The wind,” said the leaf, “just told me that one day it would pull me off, and throw me on the ground to die.”

“Do not be afraid,” it said; “hold on tight, and you shall not go off till you are ready.”

So the leaf stopped sighing, and went on singing and rustling. It grew all the summer long till October. And when the bright days of autumn came, the leaf saw all the leaves around growing very beautiful.

Some were yellow, some were brown, and many were striped with different colors. Then the leaf asked the tree what this meant.

The tree said, “All these leaves are getting ready to fly away, and they have put on these colors because of their joy.”

Then the little leaf began to want to go, and grew very beautiful in thinking of it. When it was gay in colors, it saw that the branches of the tree had no bright colors on them.

So the leaf said, “O branch! why are you lead-colored while we are all beautiful and golden?”

“We must keep on our working clothes,” said the tree, “for our work is not yet done; but your clothes are for holidays, because your task is now over.”

Just then, a little puff of wind came, and the leaf let go without thinking, and the wind took it up and turned it over and over.

Then it fell gently down under the edge of the fence, among hundreds of leaves, and has never waked to tell us what it dreamed about.