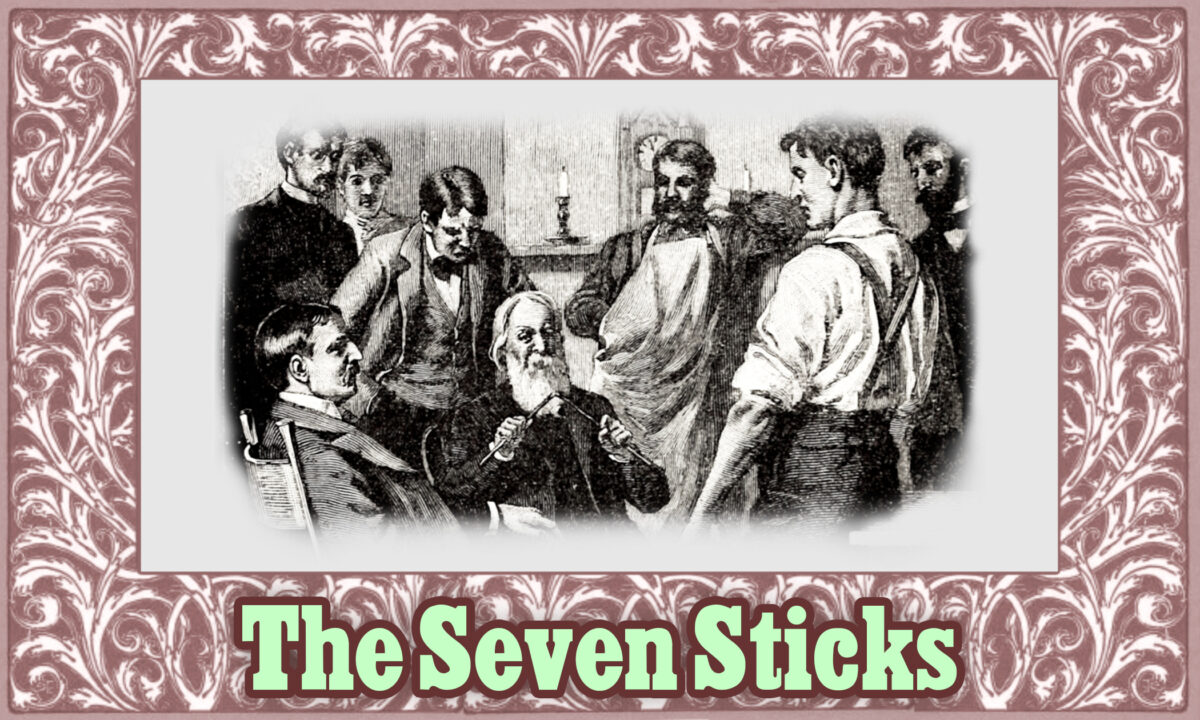 Moral Tales for Children From McGuffey’s Readers: The Seven Sticks

This is the 13th installment in our McGuffey Readers series, in which we reproduce some of the best moral tales from the classic 1800s schoolbooks that sold an estimated 122 million copies by 1960, the largest circulation of any book in the world next to the Bible and Webster’s Dictionary. McGuffey’s Readers played an important role in American history, offering children not only lessons in reading, grammar, and spelling, but also in moral conduct and character. Enjoy, and share with your children!

A man had seven sons, who were always quarreling. They left their studies and work, to quarrel among themselves. Some bad men were looking forward to the death of their father, to cheat them out of their property by making them quarrel about it.

The good old man, one day, called his sons around him. He laid before them seven sticks, which were bound together. He said, “I will pay a hundred dollars to the one who can break this bundle.”

Each one strained every nerve to break the bundle. After a long but vain trial, they all said that it could not be done.

“And yet, my boys,” said the father, “nothing is easier to do.” He then untied the bundle, and broke the sticks, one by one, with perfect ease.

Their father replied, “As it is with these sticks, so is it with you, my sons. So long as you hold fast together and aid each other, you will prosper, and none can injure you.

“But if the bond of union be broken, it will happen to you just as it has to these sticks, which lie here broken on the ground.”

Home, city, country, all are prosperous found,
When by the powerful link of union bound.