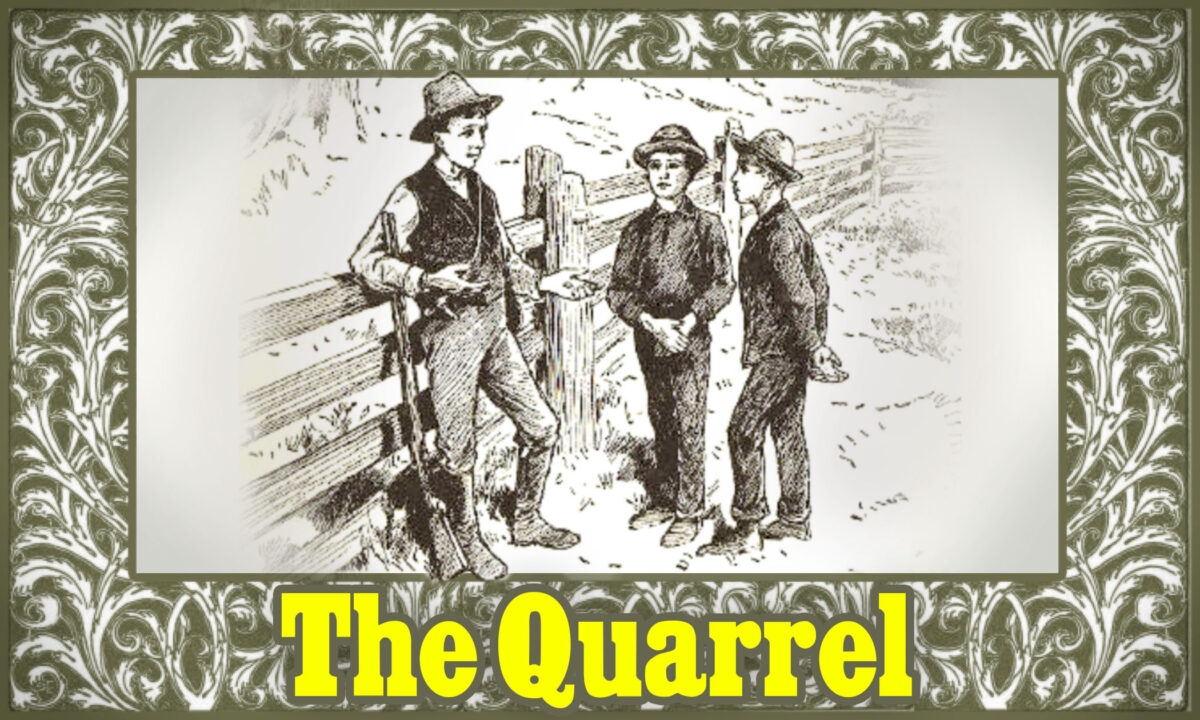 Moral Tales for Children From McGuffey’s Readers: The Quarrel

This is the first instalment in our McGuffey Readers series, in which we reproduce some of the best moral tales from the classic 1800s schoolbooks that sold an estimated 122 million copies by 1960, the largest circulation of any book in the world next to the Bible and Webster’s Dictionary. McGuffey’s Readers played an important role in American history, offering children not only lessons in reading, grammar, and spelling, but also in moral conduct and character. Enjoy, and share with your children!

Under a great tree in the woods, two boys saw a fine, large nut, and both ran to get it.

James got to it first, and picked it up.

Thus, they at once began to quarrel about the nut.

As they could not agree whose it should be, they called an older boy, and asked him.

The older boy said, “I will settle this quarrel.”

He took the nut, and broke the shell. He then took out the kernel, and divided the shell into two parts, as nearly equal
as he could.

“This half of the shell,” said he, “belongs to the boy who first saw the nut.

“And this half belongs to the boy who picked it up.

“The kernel of the nut, I shall keep as my pay for settling the quarrel.

“This is the way,” said he, laughing, “in which quarrels are very apt to end.”