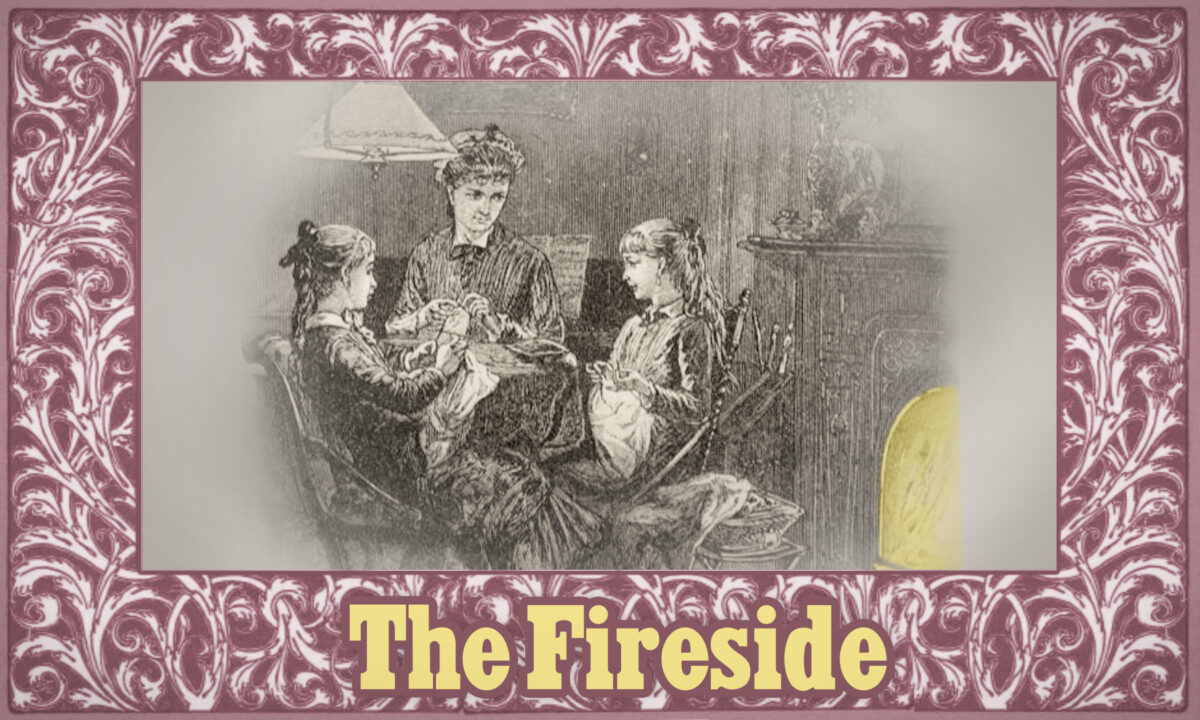 Moral Tales for Children From McGuffey’s Readers: The Fireside

This is the third instalment in our McGuffey Readers series, in which we reproduce some of the best moral tales from the classic 1800s schoolbooks that sold an estimated 122 million copies by 1960, the largest circulation of any book in the world next to the Bible and Webster’s Dictionary. McGuffey’s Readers played an important role in American history, offering children not only lessons in reading, grammar, and spelling, but also in moral conduct and character. Enjoy, and share with your children!

One winter night, Mrs. Lord and her two little girls sat by a bright fire in their pleasant home. The girls were sewing, and their mother was busy at her knitting.

At last, Katie finished her work, and, looking up, said, “Mother, I think the fire is brighter than usual. How I love to hear it crackle!”

“And I was about to say,” cried Mary, “that this is a better light than we had last night.”

“My dears,” said their mother, “it must be that you feel happier than usual tonight. Perhaps that is the reason why you think the fire better, and the light brighter.”

“But, mother,” said Mary, “I do not see why we are happier now than we were then; for last night cousin Jane was here, and we played ‘Puss in the corner’ and ‘Blind man’ until we all were tired.”

“You are right, my dear,” said their mother. “I am glad you have both learned that there may be something more pleasant than play, and, at the same time, more instructive.”