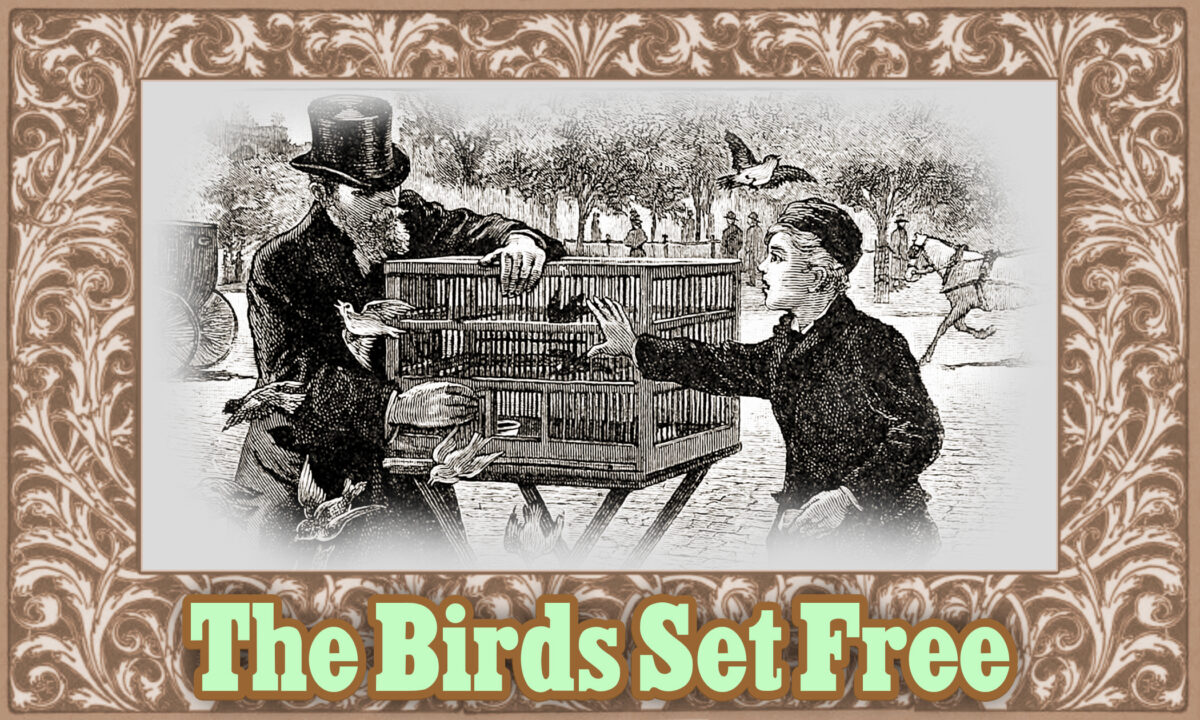 This is the ninth instalment in our McGuffey Readers series, in which we reproduce some of the best moral tales from the classic 1800s schoolbooks that sold an estimated 122 million copies by 1960, the largest circulation of any book in the world next to the Bible and Webster’s Dictionary. McGuffey’s Readers played an important role in American history, offering children not only lessons in reading, grammar, and spelling, but also in moral conduct and character. Enjoy, and share with your children!

A man was walking one day through a large city. On a street corner he saw a boy with a number of small birds for sale, in a cage.

He looked with sadness upon the little prisoners flying about the cage, peeping through the wires, beating them with their wings, and trying to get out.

He stood for some time looking at the birds. At last he said to the boy, “How much do you ask for your birds?”

“Fifty cents apiece, sir,” said the boy. “I do not mean how much apiece,” said the man, “but how much for all of them? I want to buy them all.”

The boy began to count, and found they came to five dollars. “There is your money,” said the man. The boy took it, well pleased with his morning’s trade.

No sooner was the bargain settled than the man opened the cage door, and let all the birds fly away.

The boy, in great surprise, cried, “What did you do that for, sir? You have lost all your birds.”

“I will tell you why I did it,” said the man. “I was shut up three years in a French prison, as a prisoner of war, and I am resolved never to see anything in prison which I can make free.”