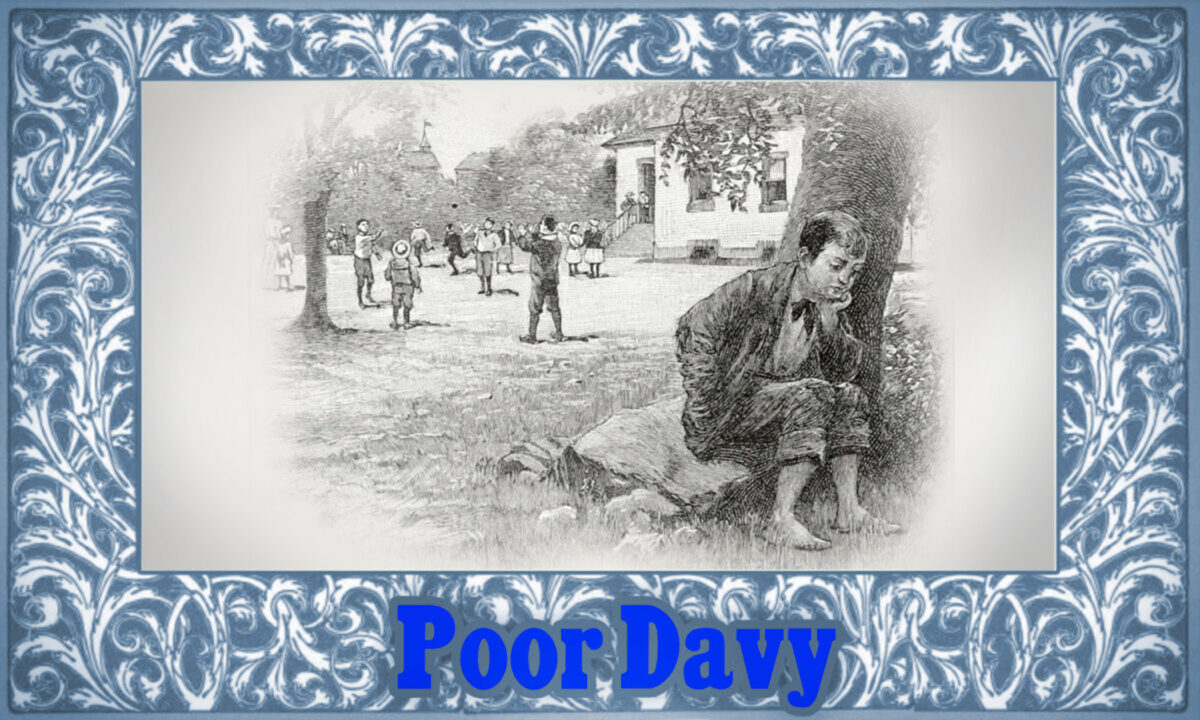 This is the fourth instalment in our McGuffey Readers series, in which we reproduce some of the best moral tales from the classic 1800s schoolbooks that sold an estimated 122 million copies by 1960, the largest circulation of any book in the world next to the Bible and Webster’s Dictionary. McGuffey’s Readers played an important role in American history, offering children not only lessons in reading, grammar, and spelling, but also in moral conduct and character. Enjoy, and share with your children!

It was recess time at the village school. The bell had rung, and the children had run out into the bright sunshine, wild with laughter and fun.

All but poor Davy. He came out last and very slowly, but he did not laugh. He was in trouble, and the bright, golden sunlight did not make him glad.

He walked across the yard, and sat down on a stone behind the old maple. A little bird on the highest branch sang just to make him laugh.

But Davy did not notice it. He was thinking of the cruel words that had been said about his ragged clothes. The tears stole out of his eyes, and ran down his cheeks.

Poor Davy had no father, and his mother had to work hard to keep him at school.

That night, he went home by the path that led across the fields and through the woods. He still felt sad.

Davy did not wish to trouble his mother; so he lingered a while among the trees, and at last threw himself on the green moss under them.

Just then his teacher came along. She saw who it was, and stopped, saying kindly, “What is the matter, Davy?”

He did not speak, but the tears began again to start.

“Won’t you tell me? Perhaps I can help you.”

Then he told her all his trouble. When he ended, she said, cheerily, “I have a plan, Davy, that I think will help you.”

“Oh, what is it?” he said, sitting up with a look of hope, while a tear fell upon a blue violet.

“Well, how would you like to be a little flower merchant?”

“And earn money?” said Davy. “That would be jolly. But where shall I get my flowers?”

“Right in these woods, and in the fields,” said his teacher. “Here are lovely blue violets, down by the brook are white ones, and among the rocks are ferns and mosses. Bring them all to my house, and I will help you arrange them.”

So, day after day, Davy hunted the woods for the prettiest flowers, and the most dainty ferns and mosses. After his teacher had helped to arrange them, he took them to the city that was near, and sold them.

He soon earned money enough to buy new clothes. Now the sunshine and the bird’s songs make him glad.