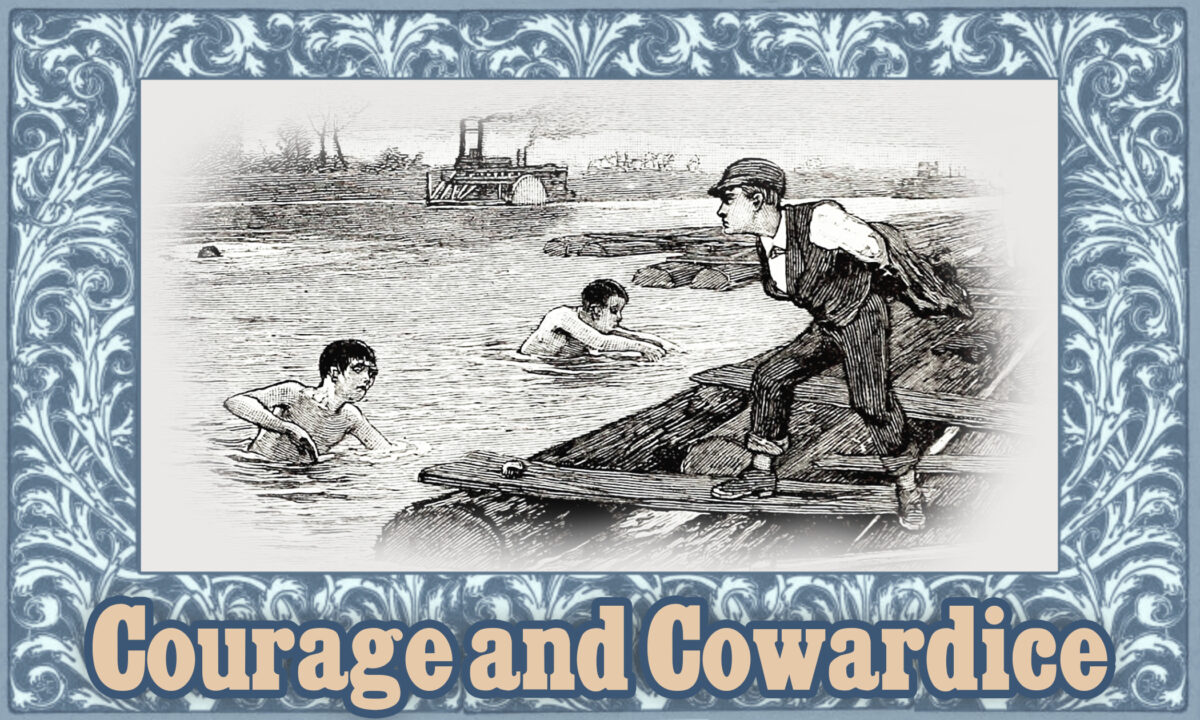 Moral Tales for Children From McGuffey’s Readers: Courage and Cowardice

This is the 10th installment in our McGuffey Readers series, in which we reproduce some of the best moral tales from these classic 1800s schoolbooks, which sold an estimated 122 million copies by 1960, the largest circulation of any book in the world next to the Bible and Webster’s Dictionary. McGuffey’s Readers played an important role in American history, offering children not only lessons in reading, grammar, and spelling, but also in moral conduct and character. Enjoy, and share with your children!

Robert and Henry were going home from school, when, on turning a corner, Robert cried out, “A fight! let us go and see!”

“No,” said Henry; “let us go quietly home and not meddle with this quarrel. We have nothing to do with it, and may get into mischief.”

“You are a coward, and afraid to go,” said Robert, and off he ran. Henry went straight home, and in the afternoon went to school, as usual.

But Robert had told all the boys that Henry was a coward, and they laughed at him a great deal.

Henry had learned, however, that true courage is shown most in bearing reproach when not deserved, and that he ought to be afraid of nothing but doing wrong.

A few days after, Robert was bathing with some schoolmates, and got out of his depth. He struggled, and screamed for help, but all in vain.

The boys who had called Henry a coward got out of the water as fast as they could, but they did not even try to help him.

Robert was fast sinking, when Henry threw off his clothes, and sprang into the water. He reached Robert just as he was sinking the last time.

By great effort, and with much danger to himself, he brought Robert to the shore, and thus saved his life.

Robert and his schoolmates were ashamed at having called Henry a coward. They owned that he had more courage than any of them.

Never be afraid to do good, but always fear to do evil.