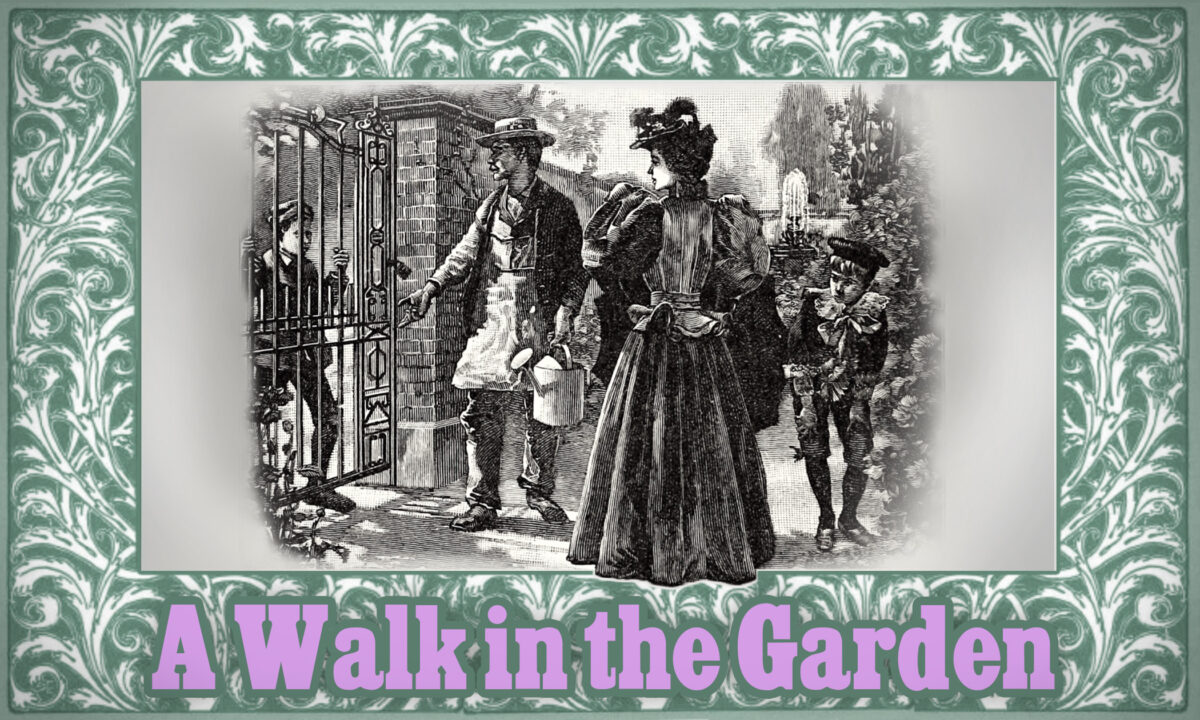 Moral Tales for Children From McGuffey’s Readers: A Walk in the Garden

This is the seventh instalment in our McGuffey Readers series, in which we reproduce some of the best moral tales from the classic 1800s schoolbooks that sold an estimated 122 million copies by 1960, the largest circulation of any book in the world next to the Bible and Webster’s Dictionary. McGuffey’s Readers played an important role in American history, offering children not only lessons in reading, grammar, and spelling, but also in moral conduct and character. Enjoy, and share with your children!

A Walk in the Garden

Frank was one day walking with his mother, when they came to a pretty garden. Frank looked in, and saw that it had clean gravel walks, and beds of beautiful flowers all in bloom.

He called to his mother, and said, “Mother, come and look at this pretty garden. I wish I might open the gate, and walk in.”

The gardener, being near, heard what Frank said, and kindly invited him and his mother to come into the garden.

Frank’s mother thanked the man. Turning to her son, she said, “Frank, if I take you to walk in this garden, you must take care not to meddle with anything in it.”

Frank walked along the neat gravel paths, and looked at everything, but touched nothing that he saw.

He did not tread on any of the borders, and was careful that his clothes should not brush the tops of the flowers, lest he might break them.

The gardener was much pleased with Frank, because he was so careful not to do mischief. He showed him the seeds, and told him the name of many of the flowers and plants.

While Frank was admiring the beauty of a flower, a boy came to the gate, and finding it locked, he shook it hard. But it would not open. Then he said, “Let me in; let me in; will you not let me in this garden?”

“No, indeed,” said the gardener, “I will not let you in, I assure you; for when I let you in yesterday, you meddled with my flowers, and pulled some of my rare fruit. I do not choose to let a boy into my garden who meddles with the plants.”

The boy looked ashamed, and when he found that the gardener would not let him in, he went slowly away.

Frank saw and felt how much happier a boy may be by not meddling with what does not belong to him.

He and his mother then continued their walk in the garden, and enjoyed the day very much. Before they left, the gardener gave each of them some pretty flowers.