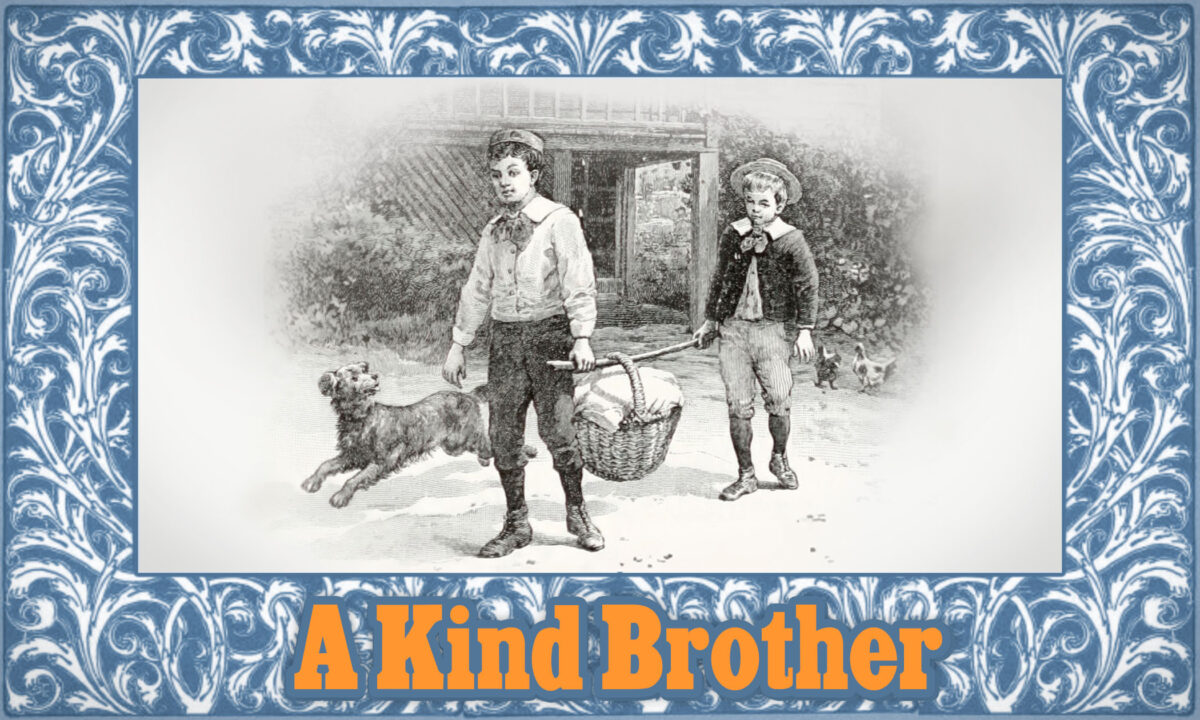 Moral Tales for Children From McGuffey’s Readers: A Kind Brother

This is the second instalment in our McGuffey Readers series, in which we reproduce some of the best moral tales from the classic 1800s schoolbooks that sold an estimated 122 million copies by 1960, the largest circulation of any book in the world next to the Bible and Webster’s Dictionary. McGuffey’s Readers played an important role in American history, offering children not only lessons in reading, grammar, and spelling, but also in moral conduct and character. Enjoy, and share with your children!

A boy was once sent from home to take a basket of things to his grandmother.

The basket was so full that it was very heavy. So his little brother went with him, to help carry the
load.

They put a pole under the handle of the basket, and each then took hold of an end of the pole. In this way they could carry the basket very nicely.

Now the older boy thought, “My brother Tom does not know about this pole.

“If I slip the basket near him, his side will be heavy, and mine light; but if the basket is in the middle of the pole, it will be as heavy for me as it is for him.

Then he slipped the basket quite near his own end of the pole. His load was now heavier than that of his little brother.

Yet he was happy; for he felt that he had done right. Had he deceived his brother, he would not have felt at all happy.