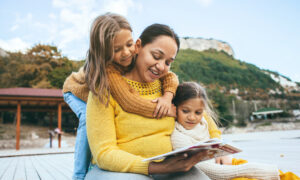 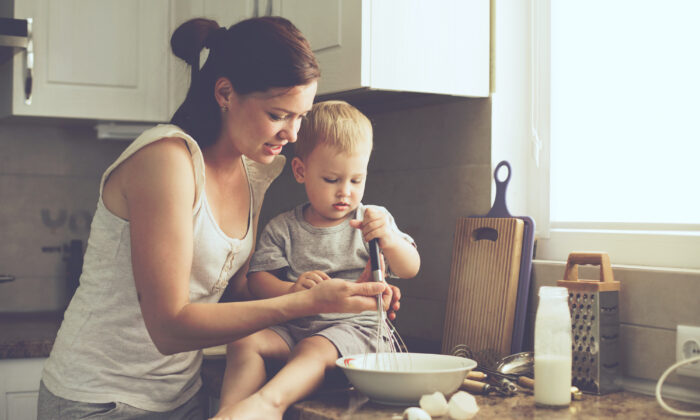 Momma’s Tricks of the Trade: Adjusting Your Outlook With Landmarks

For many years, curious drivers on the rural route noticed three symbols on a telephone pole just south of my hometown. They were spray-painted bright white and reflected in the headlights of my dad’s Silverado as I drove home. Back in 1989, the message was a reminder to me and helped shape future events in my life. The message was a landmark made by my best friend.

We usually think of landmarks as prominent identifying features of landscapes, boundary markers, or historical events, but I want to use the word in a more personal way. Anyone can make a landmark as an outward indication of a significant life-altering moment. I am speaking of landmarks as something spontaneous and purposeful.

In Scripture, many times Old Testament characters had encounters with God and immediately set up rocks to enshrine the moment, reminding them of the message that had been given. These rock mounds were a visible testimony not so much to others who passed by, but to the person who set up the stones. Their path in life had been transformed so much by a particular event that it needed to be preserved.

The way we parent is like a path, sometimes well-worn because it’s the same way our parents, for better or for worse, raised us. The daily grind of raising children also causes some to abandon their good intentions. We may notice things aren’t going the way we intended, but don’t know how to change. When I became a mother, I was often unfocused. Good thoughts that gave perspective would occur to me but be quickly forgotten. One day, however, I decided to make a landmark and harness the clarity before it escaped my clutches.

My life was very different then. I was nursing a baby and had toddlers and preschoolers in tow. One of the children was always on my lap, chubby hands were reaching in my plate at mealtime, and I never went to the bathroom alone. I began to resent the constant touch of those precious babies. My selfishness loomed and threatened the contentment I had with my littles. I was particularly irked with my circumstances, and I longed to not be touched anymore by anyone.

What would that really be like, though? Answering that question wasn’t hard because I often visited the nursing home in town. Walking down the hall to see a particular resident, my kids would stiffen as they heard elderly ladies call to them. The frail skin, immobility, and dull eyes of the residents made my children recoil. One particular lady always snuggled a baby doll.

I knew that someday, if I lived long enough, I would be just like those elderly people: seldom touched and rarely in contact with babies or children. Was that really what I longed for? Those residents yearned for one of my little children to crawl up on their lap and love on them. Immediately my resolve bloomed. I wouldn’t resent my life situation but appreciate the blessings in the moment. I wrote a very bad poem about a nursing home resident envying a young mother with her children. It was my landmark, and I read it when I felt the selfishness creeping in.

Culture may say that I needed “me” time or to stop having kids, but I know that landmark moments like this propelled me forward by giving me a long-term outlook in a way nothing else could. In America, our television, pop music, movies, and social media encourage us to strive for many selfish endeavors, but what in mainstream media encourages mothers to embrace the childrearing years? Going out with my children brought outrageous reactions from well-meaning and some not-so-well-meaning folks. It’s funny that when we struggle and sacrifice for politically correct goals in America, it’s praiseworthy, but not so much for the simple day-to-day victories of being a selfless mom or dad.

The more landmarks I set up, the steadier I felt, and I didn’t have to work hard at creating the reminders. After a miscarriage, a simple stone in the landscaping reminded me of the gift of life. Journaling, and reviewing those passages, helped me remember the ways to keep to the path and avoid laziness and impatience. When the kids were older, they painted a picture to remind the family of our life goals. Even the mistakes my kids made began to remind me of my own shortcomings and the power of coming alongside them in humility during discipline.

The message on the telephone pole back in ’89, my first personal landmark, was a reminder to me from the love of my life that even though he was off at college, he loved me. Every time I passed the landmark, I was reminded of his love, which eventually led to our marriage. Without that aptly placed message, my thoughts may have taken my life in a completely different direction.

Mom, the path you are traveling with your kids is of your own making. Know your struggles, reflect on good viewpoints, use a landmark to remind yourself, and rejoice at feeling restored.

Tricia Fowler is a Christian homeschooling momma in the Midwest. She currently spends much of her time teaching math, feeding sourdough, and helping with whatever is in season on the hobby farm she shares with her husband and seven children.