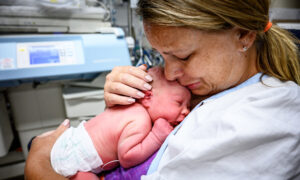 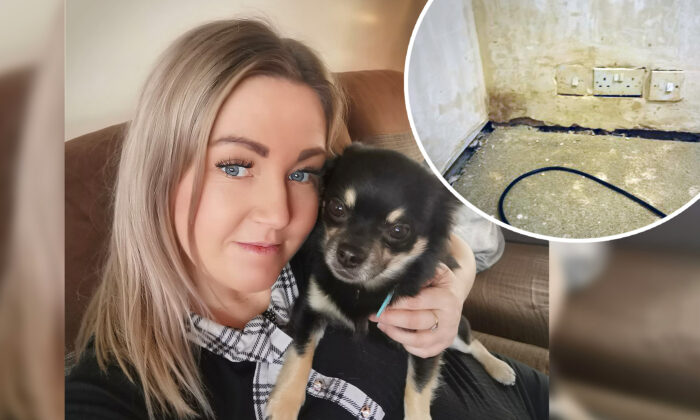 A pregnant woman hired builders to get her nursery ready before the baby came, only for the workers to leave the baby’s room in shambles. However, when a kind plasterer saw the new mom’s desperate social media post, he volunteered to fix the room for free.

Danielle Hardy just wanted her nursery to be ready for her newborn baby. But instead of the dream nursery she thought she was paying for, Danielle told Liverpool Echo that the room was “ruined” by her contractors.

After they took 450 pound sterlings (US$613) and ran, the pregnant Danielle took to Facebook, sharing how the nursery had been left in “a state” by the local builder.

Then, Lee Tomlin, a 26-year-old plasterer from Ellesmere Port, saw Danielle’s post and knew he had to help.

“She hired a plasterer who went round and she paid him the money but he walked away and left the room in a complete state,” Lee said on Dec. 10. “It was posted on Facebook, people asking if anyone could help her and I thought I can.”

He reached out to Danielle and offered to fix the room.

To complete the job, Lee knew he would need supplies. So, he wrote a Facebook post of his own, explaining the situation and asking if anyone could contribute to the repairs.

“A local woman who’s having a baby and is about to pop before Christmas,” he wrote. After explaining how she’d been ripped off, and how he hoped to set right the situation free of charge, the post circulated in the local community.

People commented and shared, and before long, the Chester organization, MKM Builders, reached out to Lee. Amazingly, they donated all the supplies he would need to complete the job.

Of Lee, Danielle said, “He’s been so amazing—he was here from 2pm yesterday and didn’t leave until 8pm!”

“We’d saved for months and I’m having my baby next week,” Danielle explained, expressing gratitude for their help.

She added that the nursery would be complete just in time for the baby to arrive.

And it’s a good thing, too, because Danielle’s baby came eight days earlier than expected. Fortunately, the new mom had a fully functional nursery ready to go.

“[Danielle] has had the baby and both are doing well,” a friend shared on Dec. 16. “She came 8 days earlier than expected though, so it’s defo a good job the room was plastered when it was by the pro!!”

According to Danielle, the previous contractor did eventually issue a partial refund.

“The previous plasterer thought he had done a really good deed giving us some money back and couldn’t seem to understand why I wasn’t super happy about this!” she said. “I replied with, ‘I might as well have burnt £200 and put it in a bin and I really do not want him doing this to anyone else.’”

Danielle tried to give Lee the 200 pound sterlings (US$272) she received back from the first plasterer, but he refused, saying he wouldn’t accept any money from her.

When asked why he refused the money, Lee said that this year, it feels more important than ever to give back to the community somehow.

So instead, Danielle took to Facebook to thank the kind plasterer, writing, “Just to say a HUGE thanks to Lee Marc Tomlin, he has been here stupidly late and early … our baby will be here in a few days and he has worked and worked to get it done.”

“Please give Lee the credit [he] and his business deserve,” she said. “Even a share or a like of his page.”