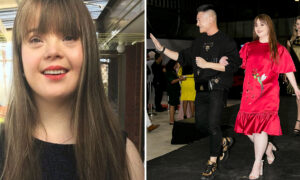 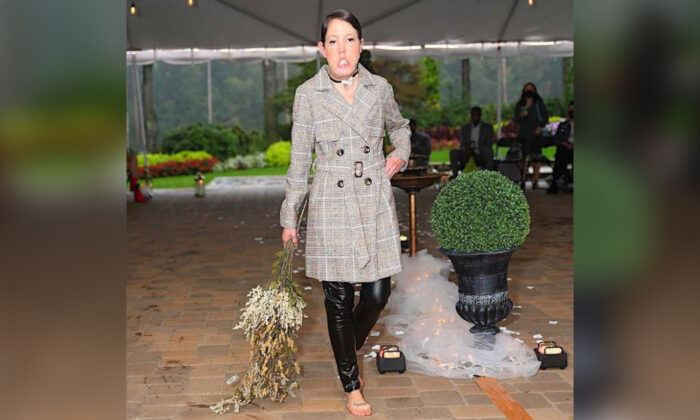 Doctors believed that this woman from Virginia who was born with cystic hygroma wouldn’t make it past her first birthday. However, this 30-year-old mother with severe facial disfigurement has defied the unimaginable odds stacked against her and was recently recruited as a model.

Hannah Setzer, 30, has a rare condition called cystic hygroma, which is a fluid-filled sac that results from a blockage in the lymphatic system, according to the National Center for Advancing Translational Sciences.

The condition meant Setzer suffered from a series of cysts growing on her head and neck, according to The Metro. Thus, after her birth, surgeons tried to remove a handful of cysts in an operation but accidentally removed her facial nerves too in the process. Unfortunately, this left Setzer unable to smile along with losing the ability to close her mouth and eyelids.

As Setzer still has cysts blocking her airway and esophagus, she uses a tracheostomy and a feeding tube to survive.

However, this hasn’t allowed the mother of two to hold back, and she has instead become a business owner and a fitness influencer. She chronicles her journey through the Instagram account Feeding Tube Fitness.

Setzer has always wanted to show the world what people with disabilities can do and was contacted by fashion designer Emma Manis in September, who asked her to represent her brand, Evolve, on the ramp.

Initially, Setzer was a bit skeptical. She told Caters News Agency: “My whole youth was spent watching America’s Next Top Model and Project Runway or reading Teen Vogue, and I promise you, I have never seen a supermodel with a tracheostomy tube or a feeding tube or facial abnormality.”

However, Emma, who wanted to show diversity in her show, was insistent that Setzer should participate.

“They told me the brand was all about creating a space for people of all shapes, sizes, ages, races, gender identities, backgrounds, and abilities,” Setzer recalled.

Unaware of how the show would end up changing her life, Setzer agreed to take part. Setzer made her debut on the catwalk at the end of October at an annual RVA Fashion Week event in Richmond, Virginia.

When Setzer arrived to get her hair and makeup done on the first day, she didn’t find a single woman who looked alike.

“There were a few others who had medical conditions or disabilities and I was worried we’d be treated differently,” Setzer said. “But not once did I feel that we had been—I’d never seen a room more diverse.”

Setzer added that in the past, she always felt uncomfortable applying makeup, as her lips don’t touch and her eyes don’t shut, but working with Evolve has changed that.

At the recent catwalk event, Setzer shared that the makeup artist wasn’t surprised by her condition and instead found a way to hold her eyes shut.

“The fashion show was a really exciting day,” Setzer recalled. “I had my hair and makeup done and I got to wear some really nice clothes that Emma designed.” Although Setzer admits that she was completely outside her comfort zone, she felt very confident about her representation.

As an advocate for people with disabilities, the modeling platform was a perfect opportunity for Setzer to show “it’s okay to be different.”

After her appearance on the catwalk, Setzer has been asked to represent Evolve at future fashion shows with an upcoming event in December.

“I am so grateful to Emma for giving me this opportunity and I hope I don’t have to wait much longer to see someone else who looks like me on a runway,” Setzer said. “Representation and diversity is really important, so I feel very happy to be making a positive impact with that.”