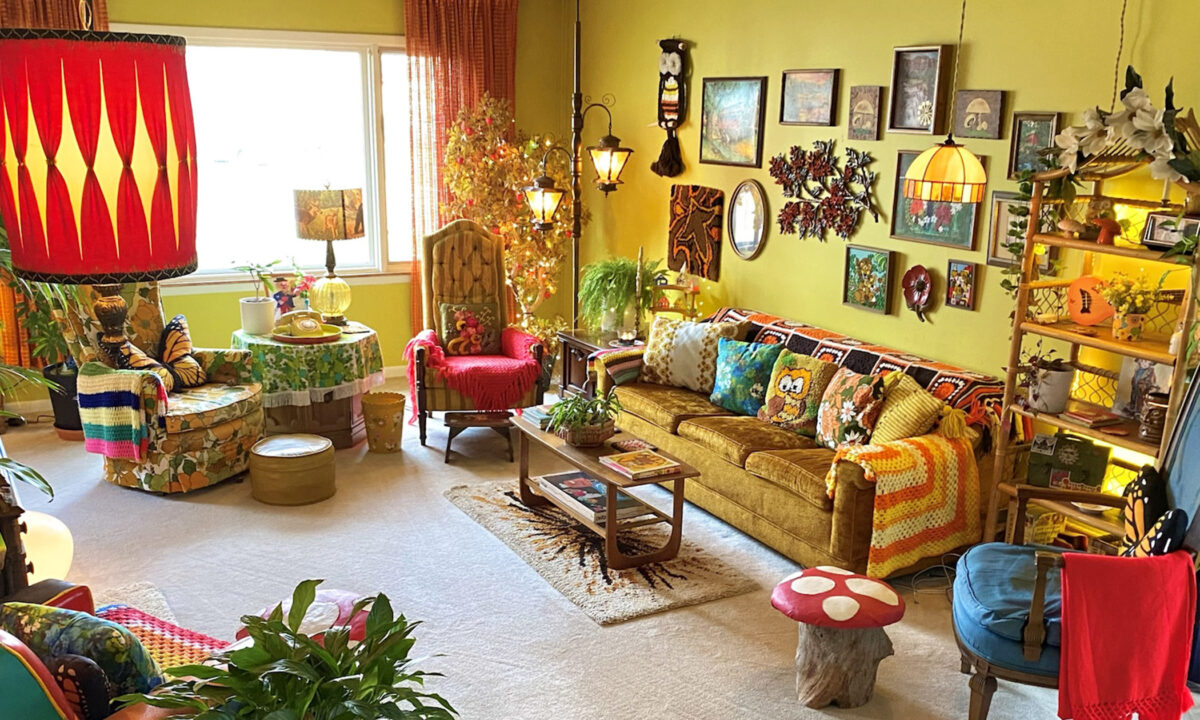 A mother from Chicago has created an incredible “time capsule” home that will transport you to the 1970s and also revealed that every piece of furniture is second hand and costs less than $25.

Writer Corbyn Hanson Wittig, 51, took on the huge endeavor of transforming her new home with four bedrooms into a vintage haven after moving in 2020 with her husband and three children.

“We moved into a new home last year and were inspired by the belongings left behind,” Corbyn said.

The family of five decided to adopt the ’70s vintage theme of the house and opted to buy anything they needed secondhand—saving them not only money but also keeping things out of the landfill.

Corbyn, who is a ’70s child herself, scoured thrift shops to create her “time capsule home,” eventually filling her house with objects from that time period.

“There is almost nothing in here newer than 1980 or more expensive than $25—you can often find something better in a thrift shop for less money,” Corbyn said. “If you’re paying the same or less, why would you go and buy a bin from Target when you could get the same or cheaper vintage?”

“It felt like the right time to find alternatives to buying new,” she stressed.

The mother-of-three wanted to create the opposite of the modern grey-and-white minimalist décor which she believes is everywhere and a “boring” path to take.

“I think ’70s flower power and bright colors are what we’re missing now—it’s more stylish, nostalgic,” Corbyn said. “I think many people are missing that maximalism—the total opposite of the white and grey homes everyone has now.”

Corbyn’s house features everything from countless multicolored throws and lampshades to a bright-orange fridge-freezer and even several brightly colored ukeleles.

Although the theme is primarily 1970s—with an emphasis on “flower power” and warm, bright colors—she said she also has a keen eye for the odd 1950s and 1960s piece.

Corbyn, who is a mother to Rainer, 22, Zeke, 15, and Molly, 14, said she also used to dress in ’70s style vintage attire—although being a busy mom has meant she is more often seen sporting “yoga pants.” However, she still does like to enjoy a touch of crewel embroidery, a popular hobby in the ’70s.

She encourages others to take on her vintage approach to do their bit for the planet—as well as create an incredible interior.

“You don’t need to update something when you can lean into its vintage style—it’s about restoring, not renovating,” Corbyn said. “Don’t tear out your wooden paneling or pink bathroom features, when you could use them as part of your design.

“Not only is it cheaper, but if we turn to secondhand things first, we can keep more out of the landfill.”