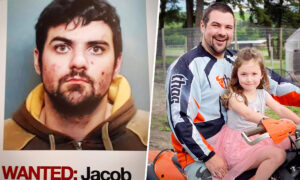 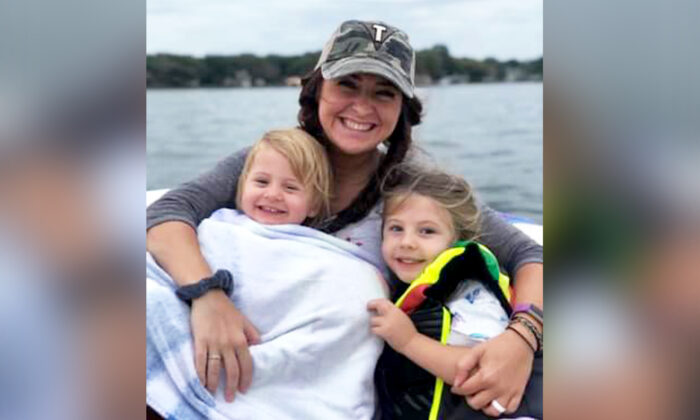 A mom of two found herself drinking alcohol every day during the onset of the pandemic. However, while listening to a woman share her story on her favorite podcast, the Texas mom had an epiphany. At that moment, she decided she never wanted to drink again.

In 2019, Lainy Warnecke, from McKinney, had intended to take a break from alcohol. To stop drinking for a while, she attempted Annie Grace’s 30-day alcohol experiment and even made it last a few weeks longer. But the full-time working mom felt she was missing out on a few things.

“I was thinking completely backward from what I now know to be true,” Warnecke said in an email interview with The Epoch Times. “Alcohol is so universally accepted and encouraged for so many things and I wasn’t sure what life would look like if I cut it out completely.”

Last year during the lockdown due to the CCP (Chinese Communist Party) virus, commonly known as the novel coronavirus, as Warnecke worked remotely and had her kids at home, she found that the frequency and amount of alcohol she was consuming had increased.

“I was convinced that it would help my stress and anxiety which was at an all-time high,” Warnecke said. “I noticed that stressful situations were harder and harder to deal with and even little things were enough reason to pour a drink and hop on the phone to chat with a friend for ‘happy hour.’”

With the increase of virtual happy hours on zoom during the peak of lockdown, Warnecke felt it “was everywhere.”

She told Good Morning America: “It was in all the memes, social media. Friends were like, ‘Grab a glass of wine and call me.’ As if we didn’t have enough with the whole mommy wine culture in [our faces].”

Sometimes, Warnecke would also begin pouring drinks a lot earlier and would end up having an extra glass.

However, Warnecke said she felt horrible at night. She said that when she had taken a break from alcohol for the first time and then eased back into moderation, she knew in her heart that she would one day be able to quit it for good.

On Aug. 31, 2020, Warnecke decided to take a few days or even a few weeks off from alcohol in an effort to refocus on her health.

“Mid-week, I was listening to my favorite podcast and heard a woman named Emily sharing her story. The message I heard from her and the host was ‘you do not have to hit rock bottom to decide to stop drinking,’” Warnecke told The Epoch Times. “At that moment, I knew I never wanted to drink again. Over the next few days, I was almost giddy thinking about my new alcohol-free life.”

But Warnecke did it and has since kept up her sobriety. Reflecting on Emily’s story and the words she took away from it, Warnecke said, “You can be a gray area drinker, high functioning, or just not like the way you feel after you drink.”

Warnecke also emphasized that, when you are ready to quit, there is so much support, and life eventually gets a lot better. “It’s not always easy, but anything worth doing will challenge you.”

She is also a member of Sober Mom Squad, a community that helps moms explore an alcohol-free lifestyle and more. The community forum was founded by Emily Paulson, a mother of five and certified recovery coach from Seattle.

Paulson, who has been successfully sober for the last 4 1/2 years, said that postpartum anxiety, depression, and alcohol contributed to her anxiety for many years, and she began to start drinking more frequently after she gave birth to her fifth child.

Paulson was a victim of the mommy wine culture, which believes that one has to turn to alcohol to be a parent.

At her peak, Paulson told The Epoch Times, she was consuming more than two bottles of wine per night. “On vacations, or weekends, times when ‘day drinking’ was acceptable, I imagine I had more than that,” she added.

Paulson had questioned her use of alcohol for a long time but would then be distracted with the thought that “nothing bad has happened yet,” because she believed in the “black and white addiction model” for the need to hit rock bottom.

“Even when those things did start happening, getting in trouble with the law, having problems with my health and marriage, I realized I couldn’t stop,” Paulson said.  “I tried setting rules around my drinking and always broke them.”

However, things took a major turn when Paulson realized that her kids would lose her if she didn’t decide to quit. “I surrendered to the fact that alcohol could no longer be part of the equation,” she said.

Paulson then attended Alcoholics Anonymous meetings, read more about the science of alcoholism, and saw a therapist, thus beginning her journey to sobriety.

Meanwhile, during the pandemic, Paulson noticed that women were drinking more due to the stress and Zoom calls with “quaran-tinis,” reported Good Morning America.

According to a study that was published in August 2020, a longer amount of time spent at home during the pandemic was associated with binge drinking among U.S. adults.

The researchers surveyed 2,000 participants from the United States above the age of 18, and each individual surveyed was divided into three different categories: binge drinker, non-binge drinker, or non-drinker.

In the study, which was conducted between mid-March and mid-April 2020, 34 percent of the participants reported binge drinking during the pandemic, and binge drinkers reported an increase in alcohol consumption since the stay-at-home orders were issued.

Noticing the increasing trend toward alcoholism, Paulson thus gathered a group of women who work in recovery and began a forum called Sober Mom Squad.

The community began to grow, and roughly 3,000 people have since signed up for the free virtual sessions, which happen once a week.

The team at Sober Mom Squad offers support to moms on questions related to recovery.

For those struggling with alcohol addiction, Paulson said: “It is not your fault for becoming addicted to an addictive substance. You don’t need to hit some sort of proverbial rock bottom to stop drinking. You decide when to stop digging your way down.”