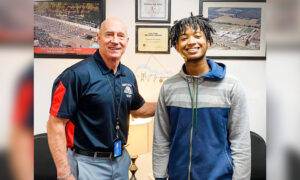 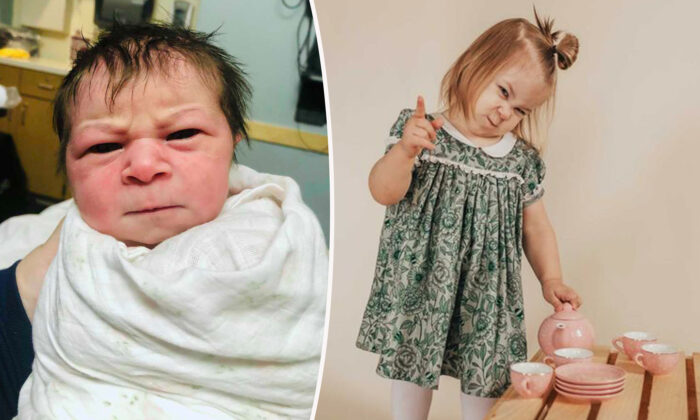 Mom Gives Birth to Angry-Faced Baby, Thankful She is Healthy After Oligohydramnios Diagnosis

A baby who defeated the odds to survive after she was born with no amniotic fluid delighted her mom with her angry face shortly after her birth. Now, the 21-month-old is a healthy, happy child but still continues to have a grumpy face.

When Hollie Wallis was pregnant with Winter Josephine, she was in absolute disbelief as she’d been told by doctors that she would require fertility medication in order to fall pregnant.

“I’d had 2 surgeries the previous year to remove a very large mass from my uterus,” Hollie told Love What Matters, “I almost ended up with a hysterectomy, but I was incredibly lucky the surgery was a success and I was given the opportunity to have another baby.”

Hollie had a mostly uneventful pregnancy. Even when her due date passed, Hollie didn’t worry, as she had late births with her two previous children.

However, when she visited her OB to take a 41-week ultrasound, she found out something was wrong. “I could tell by the look on his face that it wasn’t good news,” Hollie said. “‘I can’t find any amniotic fluid,’ he said. My heart sunk. I didn’t have any signs that something was wrong so I was completely shocked.”

Oligohydramnios is a condition of having too little amniotic fluid. It can cause complications in about 12 percent of pregnancies that go past 41 weeks. “The amniotic fluid is essential for the development of muscles, limbs, lungs, and the digestive system,” according to the American Pregnancy Association.

“Before this pregnancy I had never even heard of it and had absolutely no idea how serious it was,” Hollie said, adding that after a second ultrasound, doctors confirmed that there were small pockets of amniotic fluid in the womb.

“[That] was such a relief,” she said. “The baby was really healthy on the monitor and had a great heartbeat and I was experiencing lots of movement, so I was booked in for an induction.”

As much as a relief this news was, the delivery didn’t go as smoothly as Hollie had hoped. While she was getting ready to be induced, the baby’s heart rate was drooping and then accelerating. It was then decided that a C-section would be the only safe way to get the baby out and had to be done immediately. A nurse then hit an emergency button, and before Hollie could gather what was happening, she was surrounded by 10 people.

In the midst of being hooked up to an IV, doctors and nurses tried to stabilize the baby’s heart rate, and she received news that would make any parent’s heart seemingly stop.

“An OB came in to talk to me about the possibility of my baby being brain dead due to her heart rate,” Hollie recalled.

However, after the baby’s heart rate stabilized, the frantic mother was rushed into the operating room for a C-section.

Fortunately, Hollie says “after what felt like forever,” the doctors pulled the little infant out safely, and the grateful mother heard her daughter cry for the first time.

Luckily, the baby was healthy and they were able to initiate skin-to-skin contact right away. “The OB said that he didn’t find one single drop of amniotic fluid during my C-section and he’d never seen that before,” Hollie recalled.

As soon as Winter was whisked from recovery back to the hospital room, Hollie stared at Winter.

“As perfect as she was,” said Hollie, “I couldn’t help but laugh because she looked so angry.

“If I had to guess what she was thinking at that very point in time, it would have been, ‘I was comfortable in there. Put me back!’ Everyone that saw her said the exact same thing. ‘She looks so mad!’”

However, it was only after Winter was 2 weeks old, and when Hollie was looking for a newborn photographer, that Hollie realized how dangerous Oligohydramnios was.

“I told her about Winter being born with no amniotic fluid and she told me that a lot of the angel babies she photographs are due to the exact same condition,” Hollie said. “It made me realize how lucky I am to have Winter here and how strong and determined she is.”

As for Winter, who is currently 21 months old, Hollie told The Epoch Times via social media that “she’s … healthy, happy, but still has a grumpy face.”

“Every time I look at her little angry face, I think about how close I was to not having her and I am just so thankful she’s healthy and strong,” Hollie told Love What Matters. “She continues to make the angriest faces and they are absolutely hilarious. I have never met a baby with more personality.”