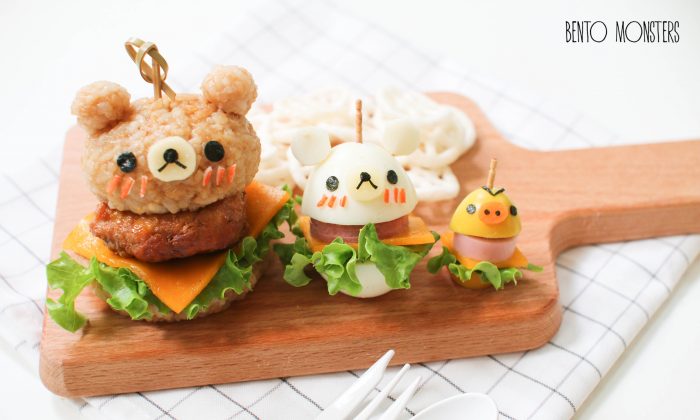 If you you’ve lacked a bit of cuteness in your life lately, enter Lee Li Ming. This Singaporean mom prepares dishes for her sons that are so heart-warming, one might even forget to feel hungry.

“I’ve got inspiration from a Japanese blog when I first started,” Ming told us over email. There are blogs specialized on “charaben,” that is, bento (boxed lunches) arranged into images of characters, usually from pop culture.

Ming still gets some inspiration from such sites—and from anything she sees around her—food, movies, cartoons, toys, animals. “Stuff my boys and I like,” as she put it.

She likes to cook and bake, but has never had any professional background in either. Instead, she was into math and science at school and studied business in college.

Five years ago, when her boys were 4 and 7, she started to cutify the food for them and has been doing that ever since.

Food Is Too Cute For Kid To Eat

Of course, now they don’t really care about cuteness anymore. “It’s just food for them,” Ming said, though acknowledged that “if it’s something they like, they like to play with it before eating, like rearranging the hands, head, etc.”

Once you have the dish cooked, arranging it is just a matter of minutes for the simple designs and usually won’t take more than a half an hour.

The most complicated design Ming remembers was the Hello Kitty living room modeled out of sandwiches.

Why Do We Feel the Need to Squeeze Cute Things?

But even with all the effort it takes to create this cuteness, Ming doesn’t feel sad when it’s gone. “It’s food for me after all, so it’s meant to be eaten,” she said.

Ming has a book out, called “Yummy Kawaii Bento” with step-by-step guides on how to prepare her creations. You can also find her on Instagram.

“I continue to do it, because, just like any other hobby people indulge in, I find that it’s enjoyable and relaxing,” she said.

Mom Braids Almost 800 Hairstyles in 2 Years for Her Daughter

Artist Creates Most Cute and Beautiful Pictures on Her Eyelids