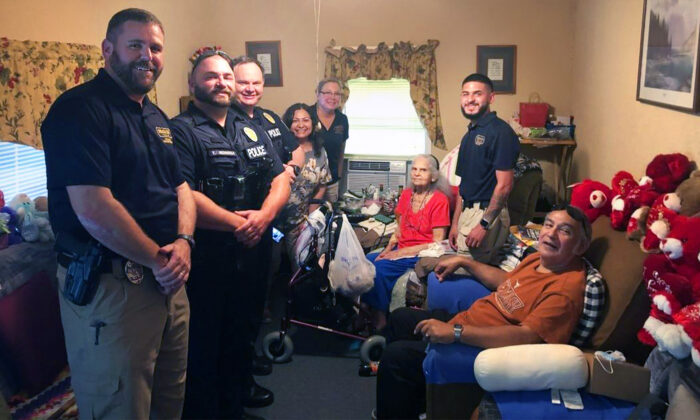 Police Officers Respond to Elderly Woman in Need, Pitch in to Buy Her a New Fridge, Groceries

Officers and staff at the Seguin Police Department cooperated to bring groceries and a new refrigerator to one elderly Texas woman in need mid July.

The department received a call of concern and officer Dustin Kincade went to check on the woman at her home.

“I was just talking to her and a little bit and she told me her refrigerator went out, she’s on a fixed income and she didn’t know how she would get it fixed or get a new one and afford to buy food,” Dustin told The Seguin Gazette.

Hearing the woman’s struggles, Officer Kincade knew she needed urgent help and took it upon himself to set the wheels in motion to get her the help she needed, expressing her situation to his fellow colleagues.

Fellow officers and staff at the department responded with good will, and before the end of the day, they secured a new fridge and had gathered enough money to purchase her some groceries.

“I am blown away by the response that I got from my fellow officers and co-workers at the Seguin Police Department,” Officer Kincade said.

“This was a department effort. Everybody helped. We were pointed to a problem and the Seguin Police Department fixed it. This is why we do what we do; help people.”

Seguin Police Chief Terry Nichols took to Facebook to congratulate the officers and staff for their kind act, and the post has garnered around 1,600 reactions, to date.

“Again, many SPD staff members contributed out of their own pockets to make this happen and I could not be more proud of our team,” part of the post read. “A sincere thank you to everyone at SPD who made this possible from a humbled chief Terry Nichols.”

Officer Kincade has since befriended the woman, who normally has few people to talk to, and plans to visit with her at least once every week.