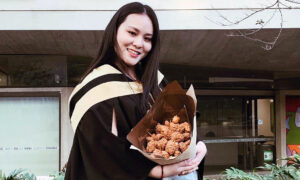 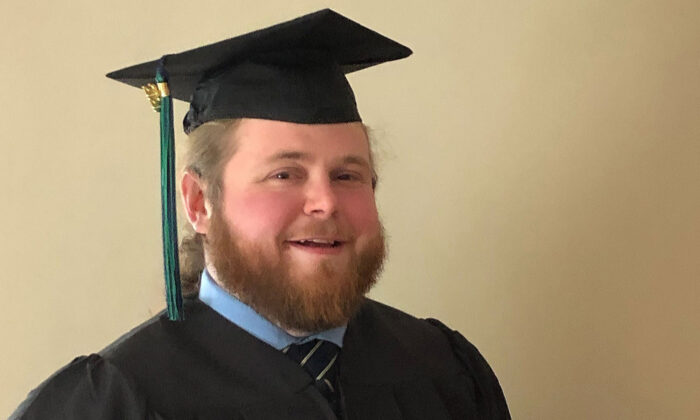 Driving school buses run in Clayton Ward’s family. Both his parents did it, and so did his grandfather. Even though Ward tried to avoid it, he found himself driving school buses, sharing his love for history with the kids he drove every day.

As he bussed students to and from school in the city of Framingham, Massachusetts, the younger kids would simply talk to Ward about what they did in class that day. Additionally, as the high schoolers knew that Ward was a history buff, they would ask him about particular historical events.

“Some kids were like, ‘You should be my teacher’ or ‘I wish you were my teacher’ because it was a different view, a different voice instead of hearing the same thing (from their teachers) over and over again,” the 30-year-old told CNN.

Those conversations, one by one, reignited Ward’s desire to get back into the classroom himself and finally take the steps to work towards his dream of becoming a high school history teacher.

Ward had dropped out of college 10 years ago as the demands of school and work took a toll on him. However, inspired by students, he enrolled at Massachusetts’s MassBay Community College in May of 2019. He would drive school buses by day and attend classes at night.

“It wasn’t always easy. I would drive my route in the morning and afternoon, take a class in between shifts and take night classes and classes online to complete my degree requirements,” Ward told the school. “I would think of those students and all the years I wanted to make this happen, and it helped me focus my energy.”

In just one year, Ward not only completed his Associate in Arts degree in Liberal Arts, but he did it with High Honors. He earned a spot on the Dean’s List every semester and received several awards at a virtual commencement ceremony on June 30 for his 4.0 GPA, according to the college.

“Clayton really exemplifies the spirit of MassBay—resilience, persistence, and dedication,” Nina B. Keery, the MassBay Dean of Humanities and Social Sciences, told CNN in a statement. “I am so proud of his accomplishments across his program and division. His future students will benefit in so many ways. They will learn about history.

She further added: “They will learn what it means to be a successful student. And they will learn that hard work translates into success.”

Now, with his associate’s degree in hand, Ward is headed to Framingham State University in the fall to pursue a bachelor’s degree in history with a minor in secondary education.

However, Ward knows that all of this wouldn’t have happened without those kids.

“You wouldn’t think that kids can do something like that, to make such a large impression and give me the drive and ambition that I need to make the decision to go back to school,” Ward said. “It’s kind of crazy that such a small thing can make such an impact on your life and I just want to them for every little bit of it.”