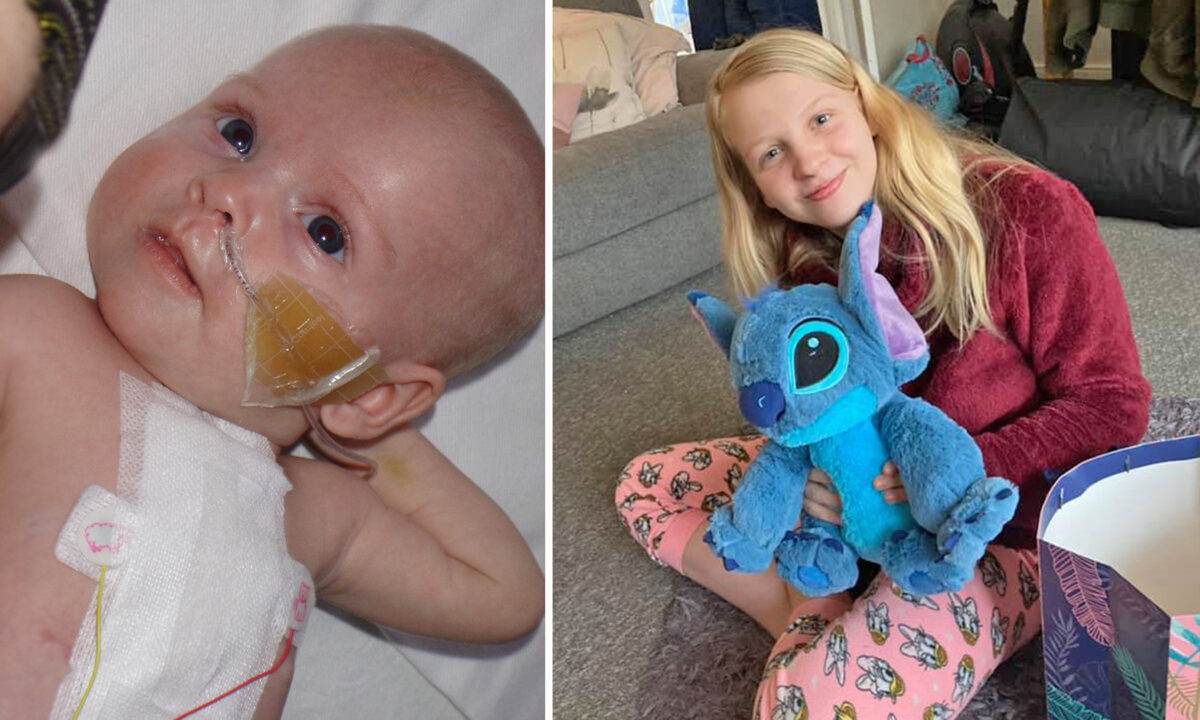 Girl Who Was Given 2 Percent Chance of Survival Defies the Odds, Celebrates 16th Birthday

A teen girl from Nottingham, England, was a little extra grateful to celebrate her Sweet 16, as she defied the 2 percent chance of surviving a major heart condition after birth.

Tia Standing, from Beeston, was born with a host of health issues including an interrupted aortic arch, which is a rare heart defect where the aorta is not completely developed; arterial septal defect (a hole in the wall between the two upper chambers of the heart); ventricle septal defect (a hole in the heart); and patent ductus arteriosus (a medical condition in which the ductus arteriosus fails to close after birth).

Tia’s mother, Hannah, told The Epoch Times that the family wasn’t aware of all these defects until she was 3 weeks old.

“I remember being in a complete baby bubble … when she was born—but also terrified as new young parents that we had this little life to care for,” Hannah said. “We didn’t know what was to come either.”

As Tia had two holes in her heart and had a stroke, she had to undergo surgery. The little girl was then given a slim chance of survival, only 2 percent following her surgery, and the doctors weren’t able to stop her bleeding. That night, her heart stopped for 17 minutes, but her mother said that although they were petrified, it didn’t seem real.

The family called her “daddy’s little soldier,” and stuck with her at the hospital during her ordeal. Remarkably, the little, brave “fighter” defied the unimaginable odds stacked against her.

Fortunately, over the years, Tia hasn’t had much of an issue with her heart. She told ITV news: “Sometimes I’ll get chest pains and stuff but that’s stuff you have to deal with, but it’s all good.”

“I’ve asked what she wants for her sixteenth birthday,” said Hannah, “and she said, ‘I want memories, Mom. I don’t want a big present, I want to do things and I want memories.’”

“I think that’s kind of a reflection of the year we’ve had,” added Tia’s mom. “Time is precious, and actually enjoying each other’s company is what’s important.”

Jenni Julander
Follow
Jenni Julander is a writer based in the Rocky Mountains, where she received her writing education. She covers human interest and trending news for The Epoch Times.
SHARE
Friends Read FreeCopyFacebookTweet
You May Also Like