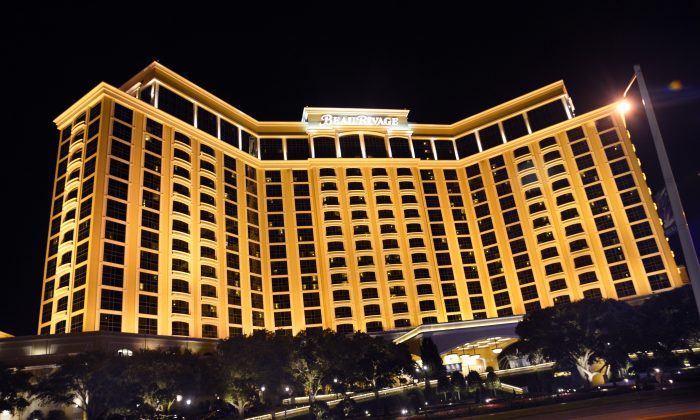 The IP Casino Resort Spa towers over the Back Bay of Biloxi and provides a range of guest service amenities.(Courtesy of Visit Mississippi)
Americas

There’s an old adage that resonates for the Gulf Coast region of Mississippi: “Where you’ve been isn’t as important as where you’re going.” That wise saying aptly served as a defining springboard given the incredible twin hurdles faced by the region not long ago.

In August 2005, Hurricane Katrina caused massive destruction, with Mississippi facing the brunt. Katrina literally followed a northerly path hovering over the entire state before exiting at the Tennessee border. How bad? No less than a 28-foot storm surge propelling water 6-12 miles inland—resulting in over 90 percent destruction.

Five years later the Deepwater Horizon oil spill, aka the BP oil spill, impacted all of the key States bordering the Gulf of Mexico. The resulting contamination was the most significant in U.S. history. These two major events, coming within a few years of each other, shaped perceptions, which were reinforced by an endless stream of news accounts via print and electronic as well as social media.

Cleaning up the debris was far easier than restoring confidence—that would take time. But the determination has been unrelenting from the steely resolve shown by those who call Mississippi home. A boost came in 2014 when both the University of Mississippi in Oxford and Mississippi State in Starkville had banner football seasons. Often on the receiving end of defeats in the competitive Southeastern Conference, both schools finished with a combined 19-7 record, instilling feverish pride among diehard followers.

The Mississippi Gulf Coast region straddles a roughly 77-mile area stretching along the I-10 corridor with Louisiana to the west and Alabama to the east. The core area of emphasis rests with Biloxi and its nearby neighbours in Gulfport and Bay St. Louis. All are ideally situated on the Gulf of Mexico.

In 1990 Mississippi legalized casino gaming. The gaming involvement spurred an infusion of dollars, reinvigorating a battered area—both physically and mentally. The outside investment created a new storyline: embracing tomorrow, pushing aside yesterday, and building a foundation for a revival that continues today.

Despite gaming’s ubiquitous operations and desire to capture the attention and money of visitors in a nonstop manner, the Gulf Coast highlights its trademark southern authenticity via smaller-sized communities showcasing boutique hotels and home-grown events, along with dining choices of note.

In Biloxi, stop at Mary Mahoney’s Old French House. Dating back to 1737, the house originally served as a connection between Old World and New World inhabitants. In 1964, Mary Mahoney set about creating a lasting legacy where good food and drink seamlessly intersect. That bold purchase over 50 years ago continues Mary’s vision of welcoming “new friends and old friends” and celebrating cherished moments. Be sure to try the gumbo.

Also worth noting in Biloxi is the White House Hotel, an iconic landmark located on the beach along highway 90 that dates back to the 1890’s. The original building has been expanded over the years and the architecture provides balconies with huge columns overlooking the beach.

Ocean Springs, just east of Biloxi, serves as the perfect counterpoint to the mind-boggling sensory overkill often associated with gaming operations. The historic downtown is walkable and filled with several miles of shopping, dining, and the arts.

There’s Gulf Hills, a boutique hotel, as well as numerous bed and breakfast options including the Inn at Ocean Springs and Bradford House. Stop by Vestige Restaurant where dining is a full sensory experience and the twosome of food and hospitality makes for a splendid time. During the first weekend of November, thousands from all over America attend the Peter Anderson Arts & Craft Festival, one of the largest in the southeast.

Known as “A Place Apart,” Bay St. Louis, like Ocean Springs, provides small-town charm. Check out the Bay Town Inn, a lovely bed and breakfast that whisks you away from the 24/7 hectic world and is inviting and elegant in its overall presentation. Directly across the street is the new Bay St. Louis Marina, the beach, and numerous restaurants of all types.

A lynchpin event connecting all of the key communities is Cruisin’ The Coast, which originated in 1996 as a festival to celebrate antique and classic cars. The first year, 374 vehicles were registered; by 2014, that number had swelled to 7,293.

Last year, car enthusiasts from 41 States plus Canada and Sweden cruised the 30-mile stretch of beachside highway, with designated stops in Bay St. Louis, Biloxi, D’Iberville, Gulfport, Pass Christian, and Ocean Springs. Each stop features its own festival with live bands, vendors for food, and event merchandise. Think of it as a moving party over several days. This year’s event is scheduled for October 4-11.

Golfers staying at the Beau Rivage Resort and Casino have exclusive privileges at Fallen Oak Golf Club, roughly 20-25 minutes away by car. Fallen Oak—rated among the finest modern courses in the U.S—annually hosts the Mississippi Gulf Resort Classic, a PGA Tour Champions event each spring.

Most of the major casinos have either a direct ownership of golf properties or are aligned to provide guests seeking tee times. The Palace has direct involvement with the highly touted Preserve Golf Club—just 20-30 minutes from the hotel and the only non-smoking gaming location. For a broader array of local golf options, visit www.golfcoast.com. Although neither Fallen Oak nor The Preserve is included, other courses such as Grand Bear and The Bridges at Hollywood Casino are quite good.