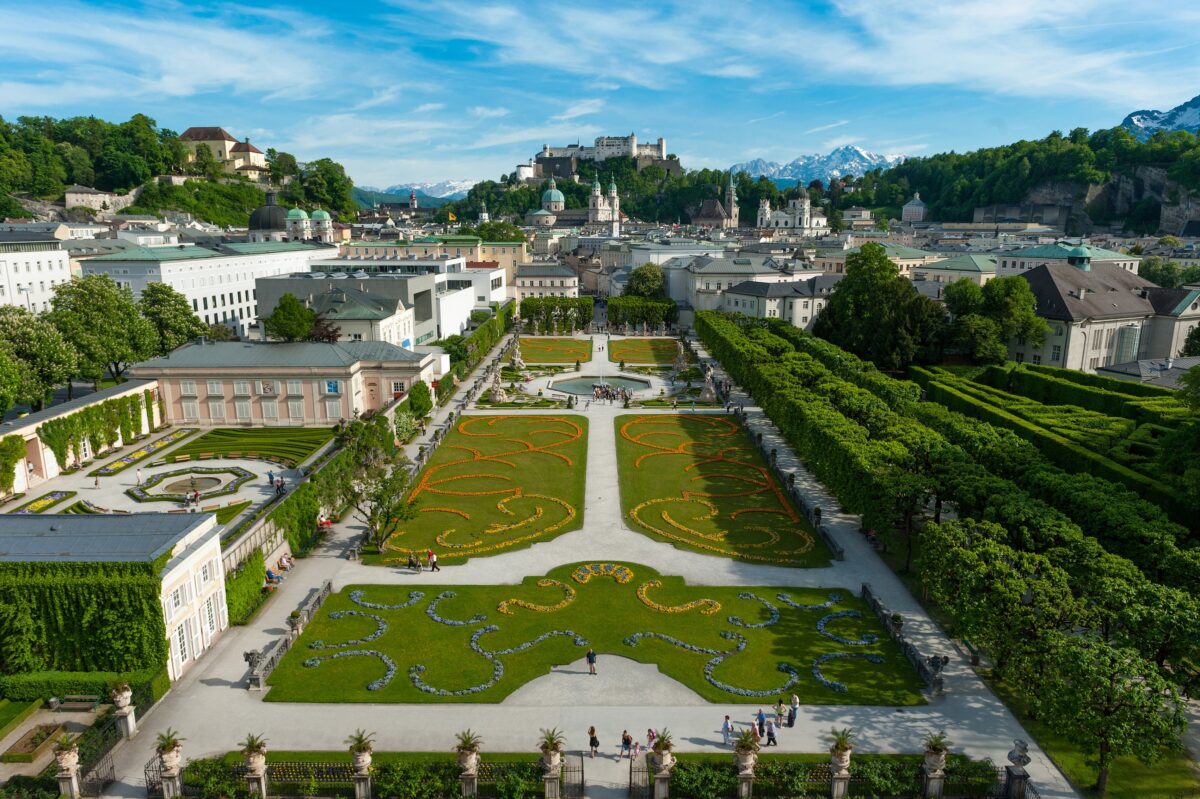 A spectacular view of Salzburg, Austria from atop Mirabell Palace. Mirabell Gardens and the Grand Parterre lead the eye to the many historic buildings in “Old Town” Salzburg with the mighty Hohensalzburg Fortress perched above. (Courtesy of Salzburg Tourism/Photographer: Breitegger Günter)
Arts & Tradition

Mirabell Palace: An Understatement of Symmetry and Simplicity

At more than 400 years old, the historic Mirabell Palace of Salzburg, Austria, has seen destruction and restoration, as a collection of influences and architects shaped it into the impressive structure that it is today.

In the early 19th century, the palace was remodeled and restored in the Neoclassical style while the palace’s walls shelter famous interiors that are refined examples of Baroque architecture. Artisans and sculptors, such as Georg Raphael Donner, collaborated on the palace’s ornamentation. The ornamentation of interior elements serves to complement, rather than detract from, its Neoclassical facade.

Originally built in 1606 for Prince-Archbishop Wolf Dietrich von Raitenau, Mirabell Palace was an ongoing work in progress of subsequent owners for the next two centuries. The famous Marble Hall and staircase were redesigned by Baroque architect Lukas von Hildebrant in the 18th century. His masterful work helped create a physical space worthy of the talented musicians who perform there. Mozart performed in the Marble Hall under the frescoed ceilings and amid the detailed marble pilasters and rococo stuccowork.

An 1818 fire destroyed much of the palace, including its fresco-painted ceilings. The Marble Hall and staircase were fortunately spared. Mirabell’s marble columns, intricate stucco work, gold-painted sculpture, multi-colored tile floors, vaulted ceilings, and large windows all coalesce to create a palace that’s an inspiration to artists and architects alike.

An understatement of symmetry and simplicity, Mirabell Palace’s mighty exterior is surrounded by cultivated gardens as the parterres and sculptural elements of the grounds project a Baroque influence and whimsy. The setting continues to move visitors to sing and dance as Julie Andrews famously did in “The Sound of Music.” Visitors can admire so much, from the multi-colored marble floors to the vaulted ceilings embossed with the most intricate, yet elegant stucco designs.