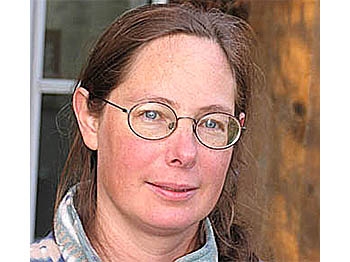 Marty Hiller: She is without artifice. She is unselfconscious about her looks or her brains. (James Bosjolie)
Life & Tradition

A Microcosm of American Life in the Middle West

Molly A. Daniels-Ramanujan
View profile
Follow
biggersmaller
Print
Marty Hiller tells an amusing anecdote about her maternal Scot-Irish grandmother, Lottie, who would not allow anyone to speak Swedish in her house in Iowa.

They had to go out of the house to speak the forbidden language, and children were not allowed to listen if anyone spoke Swedish, even in the yard.

As is so often true in culture wars, Grandmother Lottie herself had one ancestor who was Swedish. Her snobbery about being Irish, even suppressed the Scots part of her Scot-Irish background. Marty says, “Grandma was vehemently American, since her family had come to America several generations ago.”

I do not blame Lottie for her snobbery. In my view, the little country of Ireland produced the greatest writers of the 20th century.

Marty’s father had to do a lot of excavating to recover his roots. Needless to say, he felt very close to his paternal Swedish background.

The taboos Lottie imposed on her family averted the folklore that they might have imbibed while sitting on the knees of their grandmothers.

My subject in this quick sketch is Marty Hiller, my next-door neighbor. She has the looks of her Nordic background—regular features and blue eyes—and she is distinctly European-looking as she wears her waist-length hair in a three-strand plait over her left shoulder.

She is without artifice. Se is unselfconscious about her looks or her brains.

In an attempt to unblock her during the interview, I read a few poems to her: “Fern Hill,” about a Welsh childhood by Dylan Thomas, and “Sailing to Byzantium,” about life, death, the body, and the transfiguring power of art, by the great Irish poet W. B. Yeats.

Marty had three brothers with whom she played outdoors. I imagine, she was a bit of a tomboy, even though she had waist-length hair.

Her favorite perch was on a box elder tree. She wanted to reach the topmost branch, and similarly in the barn of her Swedish Grandpa’s house, she wanted to climb the unused corn crib to the highest point, up the topmost ladder, but never could.

Her brilliance and ambition got her into the Massachusetts Institute of Technology. She was a scientist there but does not mention it in the interview.

What I have noticed is that Marty looks like a painting. I have described Marty to artists. One said I may have seen a painting by Ingres; another said Whistler, and a third said a Pre-Raphaelite.

Marty grew up in a household where her parents quarreled a lot. I say, “That may be because they were two persons, not just one. Unless one person is completely subsumed by the other, there is bound to be arguments. The trick is to quarrel creatively, but none of us quite manages that. Too often our marriages end in divorce as one sees these arguments as major conflicts.”

Marty’s father moved out when she was 13 years old. Her mother started earning her living as a teacher in special education. She lives in Wisconsin where she has 100 acres; she loves bird watching.

Marty feels closest to her father. His profession is electrical engineering, but his enquiries have given Marty her knowledge of the untold family myths.

Marty grew up with three brothers and three lakes. I particularly like Marty’s descriptions of the lakes. About the Boundary Waters Lake, she says: “You can wade out farther and farther till you are up to your knees, and all the minnows come up and nibble the hairs on your legs and they tickle. The water is reddish brown from the iron.

“Further north, the water is deep, and the shores are rocky and steep with loons calling and evergreens on the shore. You canoe through the lakes and jump directly off the shore into ice-cold water that is almost black.

“The lake by our house is tamer, suburban, with motorboats, sailboats, and swimming docks.

“Dad is remarried now to a Norwegian-American woman. They make jokes about the differences between their two cultures—lost on the rest of us. We get “leftse” and “lutefisk” at Christmas now instead of the oyster stew that we used to have—the one and only piece of Swedish cultural heritage that survived in the family.”