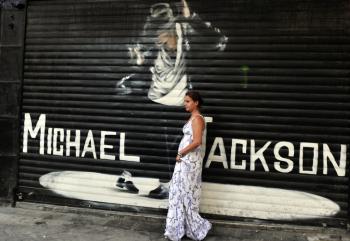 BY Angela Wang TIMEAugust 29, 2010 PRINT
Michael Jackson´s 52th would-be birthday is on Aug. 29 and his fans are celebrating the day in different ways.

“Bring your family, friends, and a pair of comfortable dancing shoes cuz we want to rock with you,” says the description of the event on Facebook.

As an attempt to make a record, another 1,257 people danced to the singer´s hit “Thriller” in front of the Riverside County Courthouse, according to CBS.

At the same time, hundreds of birthday wishes are constantly being posted on the “memories” session of the official website of the singer.

“From the time I was born I have always enjoyed your songs; it gives me hope [and the] aspiration that I can be whatever I want to be, [encourages me to] love my neighbor as myself,” says one of the messages.