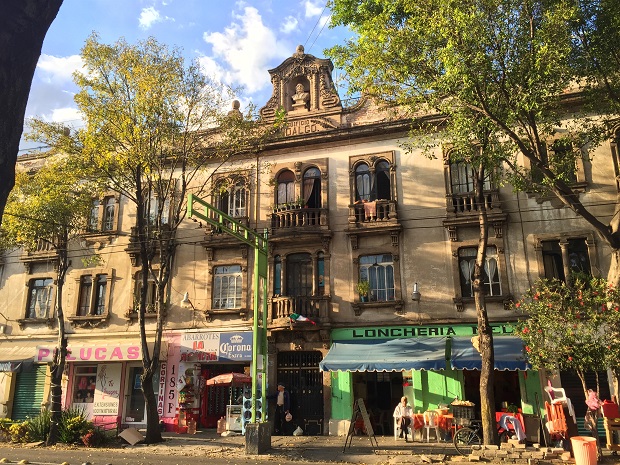 (The World Or Bust)
Travel

When it comes to Mexico City, there are a lot of preconceptions and false truths. If you ask someone what they know or think about it, you’ll probably get, “dangerous, dirty, crowded”.

While I myself had many doubts the first time I decided to go to Mexico City, I couldn’t have been more wrong and my initial trip was a completely eye opening experience. It in fact inspired me to start blogging. During that trip in 2009, I started the precursor to The World or Bust, “Your World, My Take”, a blog that I created to document my month long trip in Mexico.

Mexico City is massive, and like any massive city, it has bad parts…just like any city for that matter. Cities don’t operate without a strata of people in different economic situations, it’s an unfortunate truth of the urban model, but that’s how it works.

For a city the size of El D.F. (How Mexicans refer to Mexico City), there is a surprisingly large middle and upper class as a majority of the country’s wealth is centered here. You can basically draw a vertical line down the middle of the city, and for the most part, everything to the west is perfectly safe to walk around, stay in, enjoy, etc. The eastern side is a bit more iffy, but that being said, you’ll most likely be completely fine during the day time anywhere if you keep your wits about you. Mexican people are extremely hospitable and friendly, and you’ll find people asking you if you need anything all the time.

I’ve just spent the past few weeks living in one of my favorite neighborhoods in the entire world, Roma Norte. It’s very close to the historic center, situated about 2 miles south west.

After the colonial center of the city (which is probably the coolest colonial city center I’ve ever been to), became overcrowded, the wealthy residents of Mexico City headed west. Roma was constructed primarily between the end of the 1800s and early part of the 20th century.

Back in the day, Roma was where the majority of the aristocracy lived and it had a very European vibe, which still permeates today. You can spend days just wandering around enjoying the beautiful an eclectic architecture which includes Art Nouveau, Art Deco, Modernist and as of lately, a lot of contemporary developments filling in the gaps.

Today, Roma Norte is a hip, safe neighborhood full of countless amazing restaurants offering every type of cuisine you can imagine, hipster-run coffee shops, bars, parks and just about anything you’d want from a well-rounded neighborhood. It borders the very similar Condesa neighborhood, so add the two, and you have a huge area to enjoy.

Roma Norte is canopied by trees which adds a breath of fresh air, literally, to a city that can often feel choked. There are plenty of options for public transportation with include the Metrobus and Metro no more than a couple blocks from wherever you might be. Uber also works exceptionally well here and is often cheaper than the taxis!

Here are some of my recommendations for places to eat, drink and be merry in Roma Norte. Some are cheap, some are a bit more pricey, but all are well under western prices for the quality of food, service and ambiance you’ll receive. Note: many restaurants are closed Mondays, so check online before heading there if you plan to go then.

2. Cabrera 7 – Mexican Fare – Cabrera 7, Roma Norte. This place has awesome drinks and is one of the most beautiful restaurants I’ve ever been to.

3. El Parnita – Mexican Fare – Avenida Yucatán 84-E2, Roma Norte. Only open for lunch, Tues – Sun from 1:00 PM to 6:00 PM. Awesome “chic Mexican” cuisine, but with very affordable prices. This place is super popular, so if you want to go, I suggest you get in before 3 PM when Mexicans take their lunch break.

4. Super MiKasa Roma – Japanese Fare – San Luis Potosi #173, Roma Norte. This is actually a Japanese super market, but on the weekends, they have a BBQ until about 6 PM. It’s very affordable and everything is a la carte. Don’t miss their Udon soups!