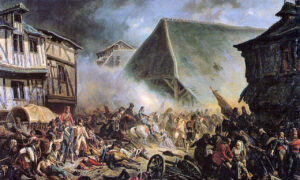 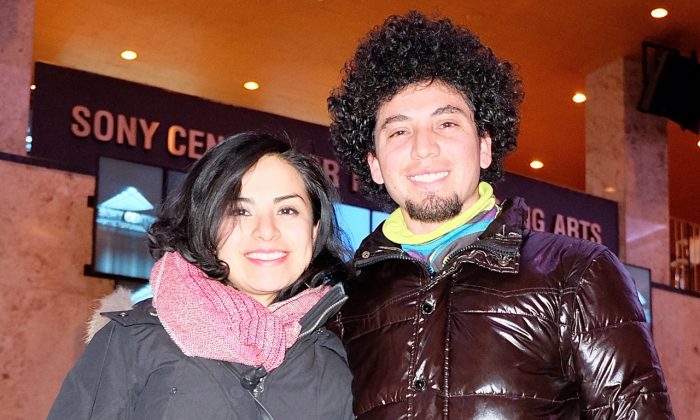 Ms. Hernandez has been dancing for over 10 years, specializing in Mexican folk dance, and found a lot to appreciate in Shen Yun’s classical Chinese dance.

“Wow! It was impressive,” she said of the dance movements. “I know that they have to do a lot of work to [create] this performance.”

Ms. Hernandez, who attended the show with her boyfriend, was also enchanted by the holistic expressivity of the dance—shown in every facial expression and physical movement.

“I was really close to the stage, I can see that they did a really nice job. All the faces, all the movements, we can see the feeling—what they feel, what they make us feel.”

Classical Chinese dance is one of the most comprehensive and expressive dance systems in the world. “Soaking up profound wisdom from every era and dynasty, it has become a complete system of dance embodying traditional aesthetic principles with its unique dance movements, rhythms, and inner meaning,” says the website.

New York-based Shen Yun was formed in 2006 with an ambitious mission to revive 5,000 years of divinely inspired Chinese culture through the Middle Kingdom’s classical art forms. In the story-based dances, lessons and virtuous principles from traditional Chinese culture are incorporated that inform as well as entertain the audience—something Ms. Hernandez appreciated.

One such piece, titled “Mighty Monk,” features Buddhist monks practicing their martial arts skills in a monastery. One junior monk’s skills very much fall short, but he magically receives supernatural gifts after praying for help with a pure heart—demonstrating the traditional Chinese values of humility, sincerity, and respect for the divine.

Ms. Hernandez was also impressed by Shen Yun’s many ethnic and folk dances, selected from the 55 officially recognized ethnic minorities in China. The Jan. 21 performance featured dances from Mongolia, Tibet, the Hmong people of Southern China, the Li ethnic group of Hainan Island, and the Yi people of Yunnan Province.

“It was really, really good. All the dancers did a really good job,” she said, adding that everyone should see Shen Yun.

“I can recommend this show for everybody.”