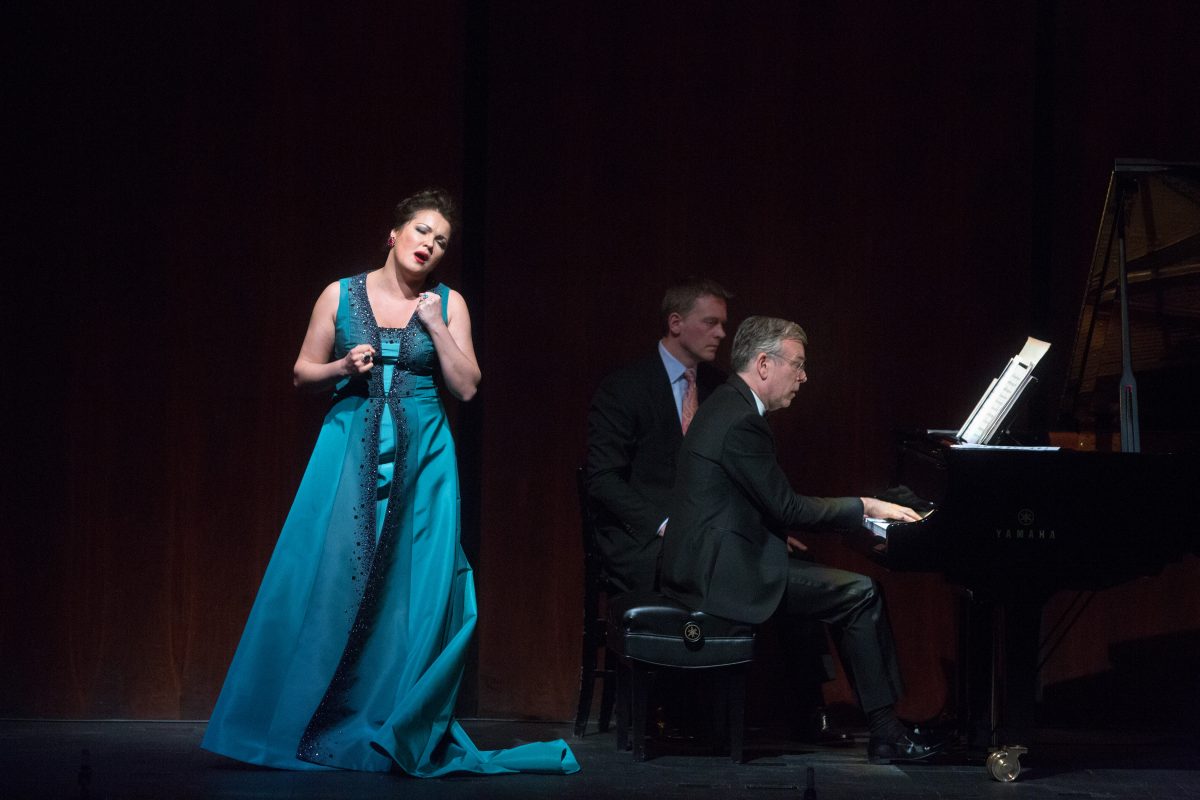 Richard J. Miller, president of The Metropolitan Opera Guild, has dubbed soprano Anna Netrebko an “authentic 21st-century superstar.” Few would disagree with that assessment or the choice of Netrebko as the honoree of the 84th Annual Guild Luncheon to be held Oct. 26, 2018.

Netrebko’s sudden rise to stardom has a Cinderella-like quality. While a student in St. Petersburg, she worked as a cleaning lady mopping the floors of the Mariinsky Theatre.

However, when she was discovered, she was not on the job singing while she worked. Rather, she won first prize in the Mikhail Glinka vocal competition in 1993, after which she auditioned for a supporting role in the Mariinsky Opera’s 1994 production of Mozart’s “Le nozze di Figaro” (“The Marriage of Figaro”). The director and leading conductor of the company, Valery Gergiev, soon moved Netrebko to the more prominent role of Susanna.

Gergiev became her mentor and brought her to the United States in 1995 to play the title role (Lyudmila) in San Francisco Opera’s production of Glinka’s “Russlan and Lyudmila.”

The role of Natasha in Prokofiev’s “War and Peace” marked her debut at the Royal Opera House in London’s Covent Garden in 2000 and her debut at New York City’s Metropolitan Opera two years later.

While she sings on the world’s leading opera and concert stages, she has been a regular presence in New York City. She is the only soprano to have opened the Met season for three consecutive years (2011–13).

What makes Netrebko special is not only the beauty of her voice but also her total commitment and the physicality she endows each role. For example, in “Don Pasquale,” she performed a somersault (which she continued to do shortly after giving birth to her son). In “Il Trovatore,” her Leonora climbed up a gate. In the Letter Scene from “Eugene Onegin,” which sopranos usually sing sitting at a desk, she traversed the stage.

As her voice has grown darker over time, she has moved from bel canto operas to verismo ones. Though she appears mostly in Italian and French works, her performances of Russian operas and songs are especially notable. Her stunning portrayal of the blind title character in Tchaikovsky’s “Iolanta” at the Met made one wonder why this Tchaikovsky opera is so rarely presented in this country.

Her latest audio release is “Romanza” (on Deutsche Grammophon) in which she and her husband, tenor Yusif Eyvazov, sing love songs written for them by producer Igor Krutoy. The set also contains a bonus disc of popular classical arias from previous Netrebko albums.

Anna Netrebko will give a recital at Carnegie Hall on Sunday, Dec. 9, at 2 p.m. She will be accompanied by pianist Malcolm Martineau, and the program will include songs by Rachmaninoff, Rimsky-Korsakov, and Tchaikovsky.