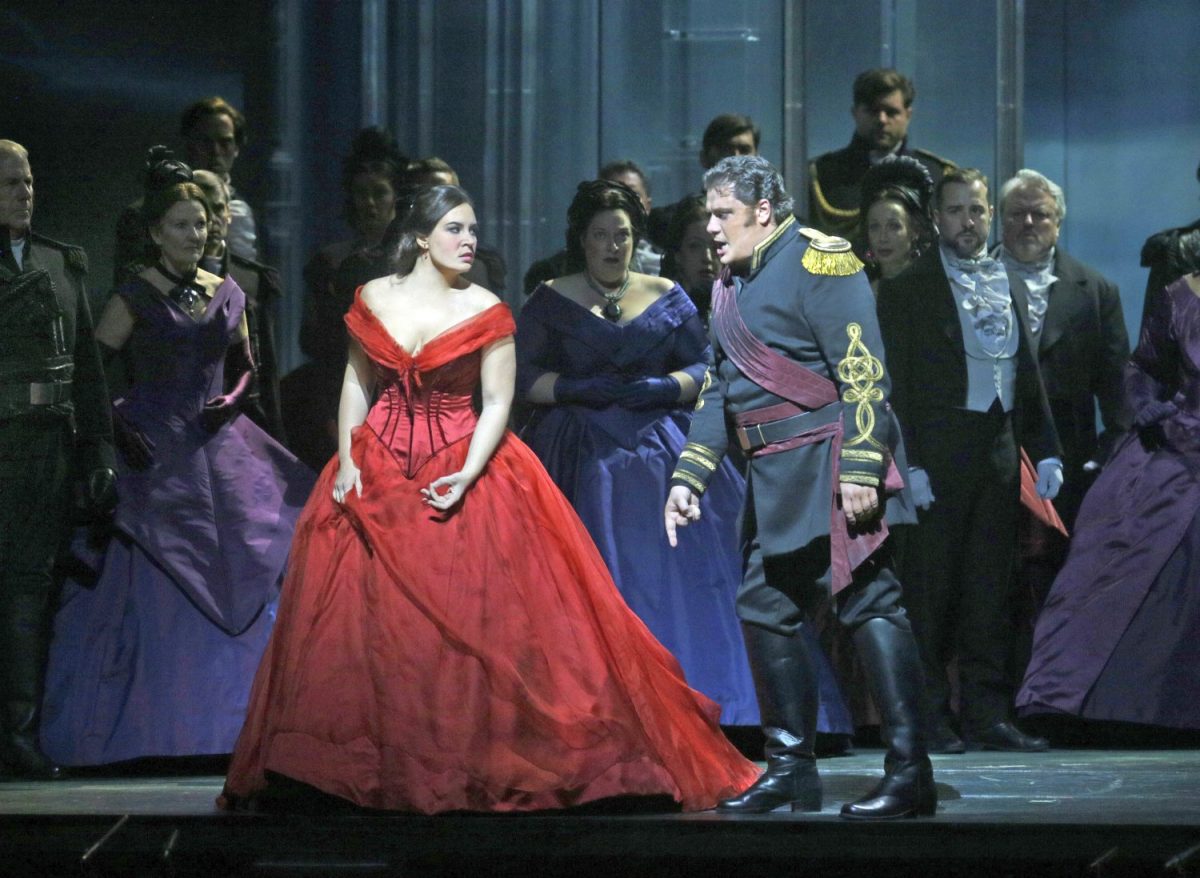 The Metropolitan Opera began its fall season with a new production of “Otello,” directed by Bartlett Sher with Latvian tenor Aleksandrs Antonenko in the title role. The Met generated publicity when it announced that it was dropping its practice of having the Moor of Venice appear in blackface. In light of our troubled racial history, this is long overdue. In other respects, the production had its ups and downs.

The director moved the action from the 15th to the 19th century (a change evident only in Catherine Zuber’s costumes) with no resulting loss to the tragic power generated by Verdi’s and his librettist Arrigo Boito’s adaptation of Shakespeare’s play.

‘Otello’ is one of those operas where Verdi gives the tenor a technical challenge as soon as he appears.

The opera begins with a storm in the harbor of Cyprus, with the crowd waiting for the return of the governor, Otello. The raging seas were conveyed by Luke Halls’s projected images.

Then Otello enters, proclaiming his victory over the Turks. His ensign, Iago, is determined to stir up trouble because Cassio has been promoted over him. Iago manages to get Cassio demoted by getting him drunk and tricking him into a fight with Rodrigo, a Venetian nobleman. At the end of the first act, Otello is reunited with his bride, Desdemona.

At the beginning of Act 2, Iago sets his scheme in motion by urging Cassio to seek help from Desdemona. After a soliloquy in which he expresses belief in a cruel God, Iago sets about to arouse Otello’s jealousy, making him believe that Cassio is carrying on an affair with Desdemona. Her pleas to her husband to reinstate Cassio only fuel Otello’s distrust of her.

This plotting continues in the third act, when Iago induces Cassio into speaking about his mistress, leading Otello to believe it is Desdemona they are discussing. The last act begins with Desdemona preparing for bed with the assistance of her maid, Emilia, who happens to be Iago’s wife.

Desdemona says her nightly prayers, after which Otello arrives, kisses her, and tells his wife to prepare for death. He then smothers her, whereupon Emilia enters and reveals Iago’s deceit. Otello kisses the deceased Desdemona and stabs himself.

The lighting by Donald Holder is mostly dark, which suits the mood of the piece. The moving glass walls by set designer Es Devlin are hardly a feast for the eyes but do allow the audience to see the characters’ spying activities.

One odd directorial touch is having Otello and Iago sitting on a bed, while the villain is spinning his false stories about a love affair between Cassio and Desdemona.

Only a heart of stone could fail to be moved by Sonya Yoncheva’s ‘Willow Song’ and ‘Ave Maria.’

“Otello” is one of those operas where Verdi gives the tenor a technical challenge as soon as he appears. Here, it is the “Esultate!” (Rejoice!) and Antonenko comes through with a stentorian sound. He has a powerful voice, but it is not a particularly beguiling instrument.

Also, Antonenko lumbers about the stage with the same expression, often facing away from Desdemona and toward the audience, even during the love passages. Some of this is Sher’s doing, but Antonenko still could have infused his role with more conviction.

Antonenko may be the best Otello on the scene today, but will not match memories of Jon Vickers (who died last July and is honored in the Playbill) or Plácido Domingo (who is still active, though no longer playing Otello).

As Iago, baritone Zeljko Lucic again evinces his skill at portraying evildoers. His “Credo,” in which he declares his belief in a cruel God, is one of the highlights of the performance.

The most impressive work is by soprano Sonya Yoncheva as Desdemona. Her singing is sublime; she moved with grace and acted with utter conviction. Only a heart of stone could fail to be moved by her “Willow Song” and “Ave Maria,” just before her jealous husband murders her.

Tenor Dimitri Pittas makes a strong impression as Cassio and Jennifer Johnson Cano a fine Emilia, the wife of Iago and Desdemona’s servant.

Opera Review: The Merry Widow Waltzes Into the Met

The Met chorus and orchestra under Yannick Nézet-Séguin are superb.

Barry Bassis
Follow
Barry has been a music, theater, and travel writer for over a decade for various publications, including Epoch Times. He is a voting member of the Drama Desk and the Outer Critics Circle, two organizations of theater critics that give awards at the end of each season. He has also been a member of NATJA (North American Travel Journalists Association)
SHARE
EmailFacebookTweetCopy Link
You May Also Like 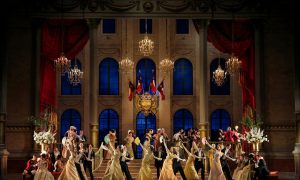