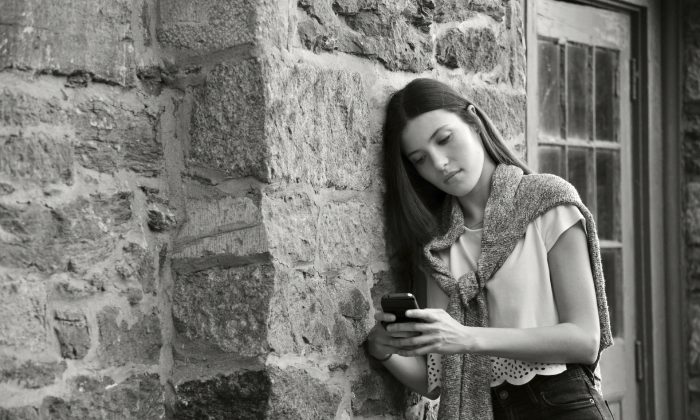 Computers and mental healthcare already have a history together; psychiatric researchers jumped on the opportunity for automated therapy treatments during the late ’90s as personal computers became more ubiquitous. So it’s no surprise that now mobile apps, increasingly our 24/7 companions, have become the next popular venue for mental health solutions.

The iPhone App Store has only been around for 7 years, yet as of October, there were at least 1,526 depression-related apps alone, and scores of other apps have been created to treat or monitor virtually every disorder out there.

There are games to help conquer negative thoughts, and mental exercises to manage stress and anxiety. Some geo-track substance abusers and tabulate their visits to risk areas like town bars. Others help you measure mood patterns then let you share results with a social media support community.

There are apps for dementia, autism, panic, bulimia, obsessive-compulsive disorder, and PTSD, to name a few.

While these apps could prove useful or even transformative, particularly in reaching those who may not get help another way, at the moment, the field is still new and largely untested. And like with many new technologies, product development is far outpacing the ability to catalogue or evaluate what’s coming to market.

Possibly one of the biggest benefits these apps offer is their potential in terms of vastly expanding access to mental health support.

In the United States, mental health issues continue to be severely under-treated. There are many contributing factors including cost of treatment, stigma, lack of access, or lack of education to recognize there’s a treatable problem.

A report from the Columbia University Medical Center published in May found that between 2010 and 2012, only 43.9 percent of severely mentally impaired youths had accessed any kind of mental health service.

With the delivery mechanism already in the hands of many sufferers, it’s a good head start.

With the delivery mechanism already in the hands of many sufferers, it’s a good head start.

According to a Pew Research Center survey, about 75 percent of 18-29 year old smartphone owners, and 62 percent of all smartphone owners, used their phone in the last year (2014) to get information about a health condition. The current smart phone adoption rate in the United States is 64 percent and growing rapidly.

Mental health apps have the potential for widespread use in developing countries where mental healthcare is even more scarce, yet cellphone adoption rates are relatively high. A Pew report from earlier this found that 27 percent of Nigerians use a smartphone; in Thailand, it’s 49 percent.

Apps can also augment existing self-care activities, such as the recording of mood in an activity log. Patients who grew up with smartphones often find making digital entries easier than jotting things down on a piece of paper.

Few inventions in the history of technology have been unalloyed goods, and mental health apps are no exception. The FDA has largely taken a hands-off approach in this arena, with a stated policy of enforcement discretion. With little quality control, snake oil was inevitable.

The rate at which technology can be created and released vastly outpaces the speed at which we can scientifically assess things.
— Matthew Price, assistant professor, University of Vermont

“The rate at which technology can be created and released vastly outpaces the speed at which we can scientifically assess things,” said Matthew Price, an assistant professor at the University of Vermont who specializes in innovative clinical care strategies.

Apps may be released by accredited psychologists, universities, and government agencies, while others are put out by life coaches, spiritual groups, and game developers.

A 2014 review of 1,455 hypnosis apps, many of which are marketed for stress and anxiety relief, found that not a single one had undergone clinical testing.

A study published in October in Evidence Based Mental Health, “App-based psychological interventions: friend or foe?” found that of the 1,536 depression-related apps available, only 32 published studies regarding their effectiveness.

The authors of the “friend or foe” study warn that some apps could play a counterproductive role in mental healthcare by leading to an over-reliance on apps in favor of traditional treatment. They may also provoke anxiety with self-diagnoses.

Another potential negative could be patients prematurely giving up on treatment altogether after using one or more apps that were ineffective.

With so many untested products out there, it’s not surprising that many therapists are reluctant to recommend them to their patients.

“If a provider recommends an app, the provider is going to be very much on the hook. It’s a bit of hesitancy for providers to want to recommend this stuff without a clear indication that it works,” Price said.

Healthcare providers tell Price that more often than not, it’s the patient who suggests the use of apps, not the provider.

Another major issue is that research institutions that do develop carefully tested apps often don’t have the resources to market the final product or build platforms that can handle millions of users if they do become popular.

“There’s a real need for more academic-industry partnership, to have people who specialize in commercialization and build scalable business models, who can really push these things out,” said Lisa Marsch, Director of Dartmouth’s Center for Technology and Behavioral Health (CTBH).

Fortunately, those partnerships are starting to pop up. The startup Lantern, which has conducted clinical studies of its products in cooperation with research universities, released a program for anxiety and body image issues in October.

A growing number of other apps have also had their effectiveness confirmed by clinical trials, with the performance of some web-based treatments rivaling that of traditional treatments.

Already there is research underway that would take the ability of apps to devolve into your psyche to a whole new level.

At CTBH, researchers are working on programs that use sensing technology to predict sociability levels by recognizing emotional cues found in speech tones, according to Marsch.

The analytic models being worked on both actively and passively collected data could one day be precise enough to predict or recognize the occurrence of manic episodes, but Marsch says the technology isn’t “quite there yet.”

“I think we’ll see a pretty transformative change in how we offer care,” Marsch said. “We live in an interesting time now; this is when it’s happening, from a research perspective.”

Given society’s growing fondness for machine-based solutions, and the nearly boundless demand for mental health support, it seems likely these products will keep coming to market faster than anyone can assess them. So while the potential for help is great, the downside for mental health patients is they’ll have to continue to navigate a murky digital ecosystem, likely with little guidance from live professionals.