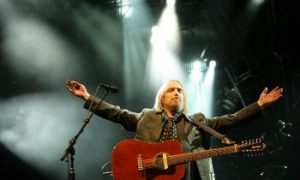 Member of Parliament: Shen Yun ‘Full of purity of expression’

LONDON—Member of Parliament David Burrowes was impressed with the richness of the performances and the deeper message portrayed by Shen Yun Performing Arts Touring Company at the London Coliseum on Tuesday, April 5.

"It’s a fantastic show, really exceptional; wonderful, talented performers. It’s a wonderfully rich show just showing the true cultural history of China and so was delightful to see," he said with obvious enthusiasm after the show.

The mission of New York-based Shen Yun Performing Arts is to revive the 5,000-year-old traditional Chinese culture and its deeper spiritual roots that have been destroyed or suppressed by the Chinese Communist Party over the last 60 years.

Mr. Burrowes is Member of Parliament for the North London constituency of Enfield Southgate. He was very pleased that Shen Yun Performing Arts is able to bring the true Chinese culture to London's West End, which is the hub of performing arts in London.

"It’s fantastic to be here and to be able to celebrate in the wonderful performance of Shen Yun in London, and here in London we do celebrate the freedom to express."

Story-based dances are a key part of a Shen Yun performance, bringing to life ancient tales of heroism, loyalty, and compassion from Chinese history, as well as the modern-day tale of the persecution of the spiritual practice of Falun Gong in China today.

Mr. Burrowes appreciated the deeper message and principles being portrayed on stage.

"We saw purity in the way that the dancers came together in harmony, the beautiful costumes, the way they work together and the wonderful voices," he said.

"But also the underlying messages are important, that there’s virtuous principles that we saw that we can all share in, that humanity can share in.

"And that freedom of expression, the true cultural history of China, it’s not all one which can be properly expressed in China. … Throughout the beautiful, pure expressions of creativity we were suddenly reminded of the authorities suppressing that."

While watching the dance The Monkey King Outwits Pigsy, a tale from the epic Chinese novel Journey to the West, Mr. Burrowes was reminded of a favourite childhood television show Monkey. "That was a nice reminder of my childhood memories of enjoying that particular show," he said. "I enjoyed the humour there."

Mr. Burrowes was also impressed by the music and the costumes. "The music was wonderful, the string instrument was fantastic [and] the way the dancers use the costumes—the way the sleeves just really blended in beautifully—it’s fantastic."

Summing up the show he said, "Real purity I suppose is the main word that one can think of to describe throughout the whole production and it was delightful to see."

He also said that he had been encouraging friends and family to come and see the show, and that he would be taking away an important message.

"We saw sheer, breathtaking talent as well as the reminder that the freedom of expression that we can delight in and celebrate here is not universal, and that’s a message for myself as a politician … as well as others, to ensure we stand up for freedom, not just to celebrate it and keep it to ourselves, but to ensure that it’s celebrated and is available to all throughout, particularly in China," he said.

"We should not just simply treat [Shen Yun] as a performance we enjoyed but make sure we’re reminded it’s not just about a performance, it’s about an important principle of freedom of expression, of recognising the importance of tolerance and of also recognising people’s identity and not denying that, and that’s something that I should take into Parliament with my colleagues.

"I think that’s something we should all do and stand up for the Falun Gong practitioners and us all when we all want to celebrate the freedom to express ourselves."