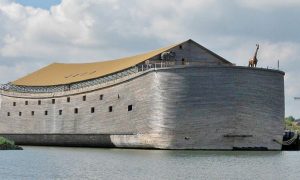 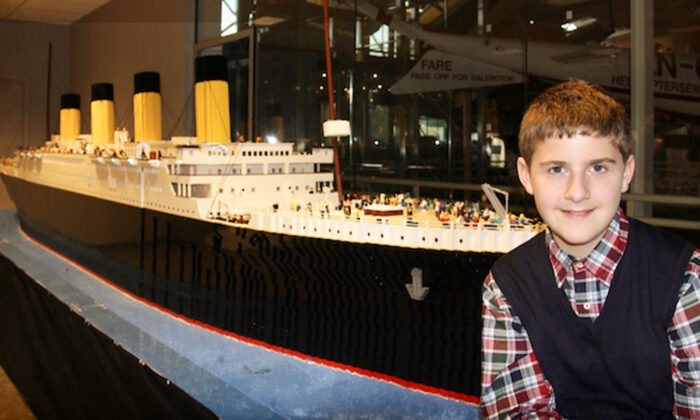 Brynjar Karl Birgisson, who is on the autism spectrum, made international headlines when he integrated his love for LEGO and his fascination for the most famed ship to build what’s now known as the world’s largest replica of the Titanic made out of LEGO.

Hailing from Reykjavík, the capital of Iceland, Brynjar, who is commonly known as the “Lego boy,” was just 10 years old when he set his mind to build the 6.33-meter-long model, which took 56,000 LEGO bricks, more than 700 painstaking hours and 11 months to complete. However, the resulting masterpiece became his “lifeline to independence,” creating a positive impact on him.

The now-17-year-old was inspired to build his own LEGO model when he visited Legoland Billund in Denmark with his mother and witnessed models of the most famous houses, locations, and ships made out of LEGO.

“And when I walked out, I thought to myself, ‘I want to make one real-life scale model myself,’” Brynjar told CBC.

Four years later, after a lot of research on what to build, Brynjar decided to go ahead with the Titanic. However, the path to making his dream a reality didn’t come without challenges. Brynjar admitted that he wanted to give up on the project three times.

“I became frustrated and wanted to quit. Especially when the stern collapsed not once, but twice, then I seriously made an attempt to just stop this crazy project,” he said in a Q&A session with the Titanic Museum Attraction at Pigeon Forge in Tennessee.

However, he continued to forge ahead with his dream project by soliciting help from his grandfather and mother. Brynjar’s grandfather, an engineer, helped him estimate the number of LEGO bricks that would be needed to create the model along with creating a blueprint. Meanwhile, his mother helped him with a variety of tasks, which included hosting crowdfunding online, ordering LEGO bricks from Denmark, finding the perfect location to build the massive masterpiece, and more.

Since the completion of his project, Brynjar’s LEGO liner has docked in countries across the world, such as Norway, Sweden, Germany, and the United States. Since October 2019, the ship has been on display at the Titanic Museum Attraction at Pigeon Forge in Tennessee and will still stay until the end of 2020.

The treasured model, which has blown people’s minds around the world, has also had an immensely positive impact on Brynjar and helped him to overcome his obstacles with autism.

“This whole journey has helped me out of my autistic fog. Although I’m still autistic and will always be, I have trained my self to be ‘as normal as possible,’” said the teen, who has become an advocate for people with autism. “I was totally unable to communicate when I started the project and now I’m standing on stage and giving interviews. It has given me confidence.”

A lot of people in the autism spectrum have garnered inspiration from Brynjar, who has even given a TEDx Talk.

Apart from creating hope among people, Brynjar has co-authored a book with his mother called “My Autistic X Factor,” in which he defines an X factor to be a special trait in someone and believes that everyone possesses it and will discover it someday.

“I found my X factor when I was 10 years old,” Brynjar said, according to CBS News. “And I really want to share that story with you because that is the time when everything changed for me.”

Meanwhile, Brynjar was recently featured in a documentary called “How the Titanic became my lifeboat.” According to his website: “There is no cure for autism, there are ways to challenge it. The film explores those possibilities with Brynjar and other young people who share their experiences being on the autism spectrum and how their talent elevated them.”

The film, which had a pre-premiere at the Forge Cinemas in March, received outstanding feedback from audiences and was scheduled to premiere in Iceland in April. However, due to the pandemic, Brynjar decided to delay it, according to a Facebook post.