A 3-year-old British girl is making waves after ditching coloring crayons in favor of science experiments.

Freya Mason got into science after doing her first experiment at the age of two–dissolving Skittles in water to create a rainbow.

And now, according to SWNS, the toddler has her own YouTube channel where she performs experiments for an audience of over a thousand viewers.

The girl’s mother Sarah, a seamstress from Lutterworth, UK, said her daughter has always had an inquisitive mind.

“I’m not scientifically minded at all but she has just always been curious about how the world works around her.

“It’s her own curiosity that fuels it. She’s always wondering how the world around her works.”

The toddler, who loves watching videos on YouTube, begged her mom to make a video while she was recreating at home an experiment she performed at nursery school.

One thing led to another, and little Freya now posts videos of her doing things like making lava lamps from oil, water, and Alka Seltzer.

She is part-way through an experiment to hatch chicks at home.

“In this video, we’re going to hatch some chicks,” Freya says in the video, after first proclaiming enthusiastically “This is science!”

Freya then helpfully clarifies: “That’s biology, a kind of science.”

Her mother says Freya wants to be a doctor or a researcher, and is confident presenting before a camera.

“She sees things as little puzzles to work out and she’s always trying to make sense of the world around her.

“Freya will quite often say when we are playing ‘can we pretend it’s a video?’ She likes to present and be on video.”

According to her mother, the girl hasn’t quite grasped that the videos aren’t being broadcast live.

“When we get the camera out she doesn’t know that there aren’t people watching at that moment. She thinks people are watching it like a webcam.

“She’s not into coloring and will say ‘that’s boring’. She wants to be learning and doing stuff.”

Her parents say she loves to watch YouTube videos and her favorite is channel Ryan’s Toy Reviews – a series of videos by a 7-year-old who, according to SWNS, raked in $11 million last year via his clips of him playing with toys.

After conducting a few experiments at nursery school, she asked to do more – and be filmed – and now has her own channel Freya’s This Is Science.

“Everything is an experiment to her.

“It’s things that seem obvious to adults, but to her, if there is something she doesn’t know what it is, she treats it like a little experiment.

“For instance I gave her a magnifying glass to look at. She looked through and said ‘I can’t see anything’ so flipped it over and looked through it the correct way.

“That’s having a hypothesis that if ‘I turn this around I will be able to see through it’, and then testing that hypothesis by experimenting.

“It’s her choice to do the experiments and the films.

“Everyone knows if a three or four-year-old doesn’t want to do something, you can’t convince them.

“I’m totally led by her but she asks me ‘can we do an experiment, can we do a video mummy?'”

“She doesn’t quite understand it fully. If I say ‘100 people watched your video’ she doesn’t really understand the significance of that.”

Tom Ozimek
Reporter
Follow
Tom Ozimek has a broad background in journalism, deposit insurance, marketing and communications, and adult education. The best writing advice he's ever heard is from Roy Peter Clark: 'Hit your target' and 'leave the best for last.'
SHARE
EmailFacebookTweetCopy Link
You May Also Like 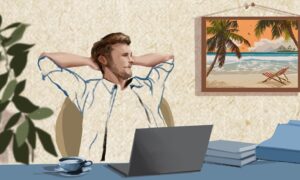 Family & EducationBy Tom Ozimek
Routine or Spontaneity? Finding Balance Between the Established and the Unexpected
05-8-2018
sharecomments 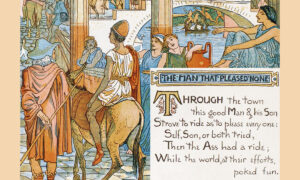 InspiredBy Tom Ozimek
Aesop’s Fables: The Miller, His Son, and Their Donkey
05-8-2018
sharecomments 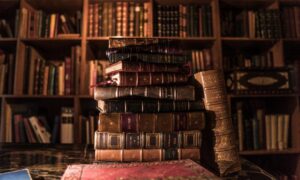 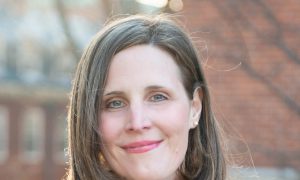 Family & EducationBy Tom Ozimek
As Schools Remain Mired in Onerous COVID Policies, Now May Be the Time to Homeschool
05-8-2018
sharecomments 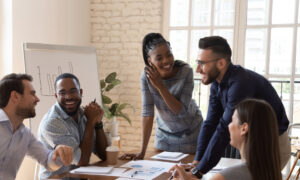