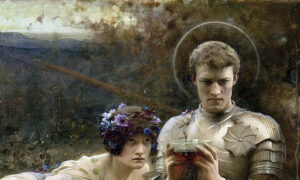 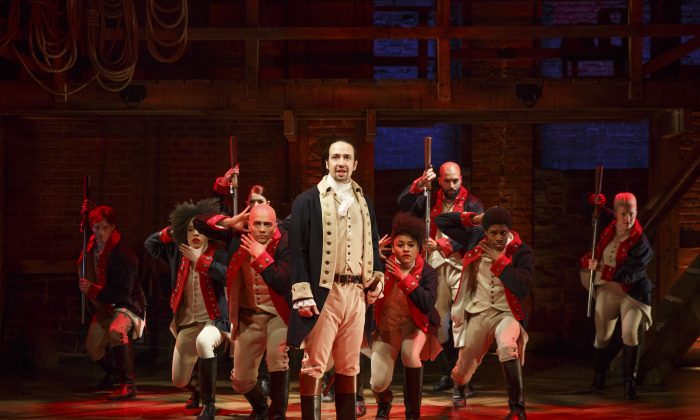 Meet David Korins, the Man Behind the Look of ‘Hamilton’

NEW YORK—When you see the Broadway smash “Hamilton”—if you’re lucky enough to see it, that is—you should know that something important quietly happens at intermission.

The walls get bigger: Stagehands add 8 feet to the brick walls at the back of the stage. It’s a subtle change, reflecting the musical’s transition from showing the nation’s birth in Act 1 to building a nation in Act 2.

It’s a touch supplied by David Korins, who earned his first Tony Award nomination for his deceptively simple-looking set. The scenic designer, who has created worlds for “Grease Live!” and Kanye West, isn’t bothered if the audience doesn’t pick up on the change.

“No one sees it. They’re busy reading their programs and buying merchandise or whatever they are doing. But when they come back in, subtlety, the massing of the walls and the set is different,” he said.

“I think if one person understands, either consciously or subconsciously, those walls have grown, that’s a profound difference—to know that we’ve taken the time and the energy to create that for them.”

Korins’ work in opera, film, concerts, theater and TV ranges from sleek, hyper-minimalist to homey and crafty. People tend to call him when the job is going to be hard, as in lots of locations and items that will defy physics.

That’s why he was the perfect guy for the job when the musical about Alexander Hamilton came calling. Here was a sweeping, epic story that took place over 30 years and multiple places.

“When I read the piece and I listened to the music for the very first time, I felt a swirling, circular motion to the thing,” he said. “I didn’t really know what that meant. I just sort of filed it away in my mental Rolodex.”

Korins started by investigating every real location and detail from actual history, from the spot where Hamilton died to the size of George Washington’s desk.

His subtle touch means that when he designs for the opera, the stairs are a little smaller so a diva can move gracefully down them.

He then devised a theatrical metaphor for the show: scaffolding, to both reflect the process of nation-building and to allow the actors to witness history being made from two levels.

Perhaps Korins’ masterstroke was the advocacy of two massive turntables, which lent fluidity and energy to a story that involves a swirling hurricane and the circular relationship between Hamilton and Aaron Burr.

“His design is one of these unconscious and yet deeply felt parts of our show,” said director Thomas Kail, who had previously worked with Korins on the sports-themed plays “Magic/Bird” and “Lombardi.”

“With a turntable, we could have stillness and movement relative to each other,” said Kail. “It allowed us to express the inevitability of time. That we could be standing still and yet we move.”

Korins is quick to note that not all his ideas were home runs. At the end of a very early version, cast members pulled out sections of the stage to reveal a reflective pool where Hamilton and his wife were reunited after his death. In the end, it was too distracting.

“I’m looking to do what is best for the narrative,” he said. “To me, there were a lot of way cooler things I could have done for ‘Hamilton.’ I felt I did exactly what I had to to make the story as best told as it could be. And that’s my goal always.”

The Tony nomination caps a busy few years for Korins, who runs a 15-member design firm in midtown. He has done the designs on Broadway for “Vanya and Sonia and Masha and Spike,” ”Misery” with Bruce Willis and “Motown the Musical,” which is returning to the Great White Way.

He studied theater design at the University of Massachusetts at Amherst and cut his teeth building some 100 sets at the Williamstown Theatre Festival before coming to New York and funding a theater company with every cent he could spare.

“I remember people early on saying, ‘It’s so different designing movies from TV or theater from rock concerts.’ I don’t see that at all. I see things much more holistically. The design of a piece of theater and a restaurant, in my mind, are the exact same.”

His subtle touch means that when he designs for the opera, the stairs are a little smaller so a diva can move gracefully down them.

His subtle touch means that when he designs for the opera, the stairs are a little smaller so a diva can move gracefully down them. But when he designed the set for “The Pee-wee Herman Show,” he made the steps taller so Pee-wee would look like a little kid clumping up the stairs.

If he has a mantra, it’s probably whatever works best. “I like to think that my hallmark is literally that I don’t have a hallmark,” he said. “You don’t look at the thing and say, ‘Oh, that’s a David Korins’ set.'”