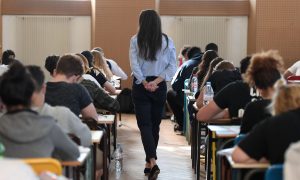 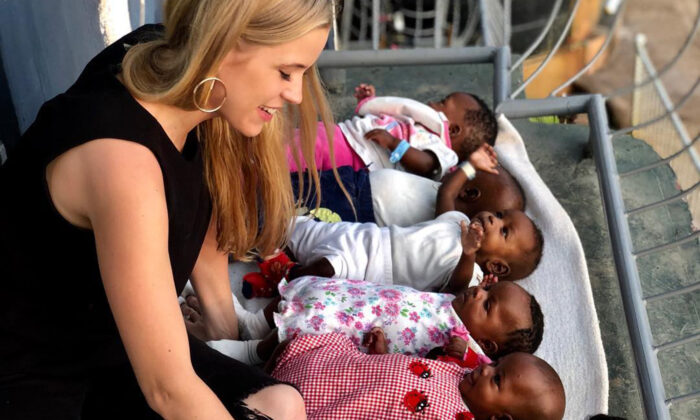 While volunteering in Kenya at the age of 20, Amy Hehre’s heart broke as she witnessed firsthand how orphans and vulnerable children struggled to survive in crowded institutions. That’s when she found her life’s true calling: she dreamed of building a hospital to care for these children. Six years later, her dream turned into reality as she and her husband, Rob, founded the non-profit OVI Children’s Hospital.

Writing for Love What Matters, Amy Hehre, who graduated from the University of Kentucky’s Physician Assistant Studies Program, recounted a typical working day at OVI Children’s Hospital, which relies entirely on donations to provide free life-saving treatment and medical care to the orphans and vulnerable children of Sub-Saharan Africa.

Every day at her 11,000-square-foot medical facility in Suna, Migori, Kenya, Amy is faced with the trauma of witnessing the suffering of her little patients who battle malnourishment, malaria, traumatic injury, cancer, and AIDS.

“While this life is my absolute dream and passion, I will be the first to tell you it is not easy,” Amy wrote.

One particular morning, Amy was experiencing extreme tiredness after caring for Winnie—a 6-year-old cancer patient who was undergoing her final round of chemotherapy.

“Winnie has grown to love me as a mother. Let me tell you, as heroic as it might sound to play the role of oncology PA and mommy, these roles are far from glamorous when combined,” Amy wrote.

Winnie absolutely hated the sight of injections and “would thrash, kick, and scream ‘Mommy!’ for seven hours straight.”

Feeling fatigued from only catching a maximum of two hours of sleep, Amy felt that “I simply could not do it” that morning. But she knew she had to go on regardless, as “we’d scheduled for three vulnerable children in the remote areas of our villages.”

With conviction and compassion, Amy got up and set off with her husband, Rob, to visit the children.

At their first stop, Amy and Rob met up with a toddler with microcephaly and epilepsy, and a girl who was afflicted with a painful skin condition. While on their second stop, the couple came face to face with an 8-year-old girl who was fighting multiple diseases, including motor-speech ailments and a facial disfiguration that had affected her emotionally.

After the visit, the emotionally and physically exhausted Amy dreamed of dousing herself with ice-cold water before falling back onto her bed.

However, just then, the phone rang.

Amy picked up the phone, and as she learned there were two more cases of “physically weak” school-age children, she resumed her duties.

Then, someone directed Amy and Rob through the rocks and thistle along the winding path, eventually leading them to a rugged clay shamba where twins Sally and Selena lived.

Inside the mud home, a boy named Sally, sitting alone at the front, caught Amy’s attention. The tiny 9-pound (approx. 4-kilogram) Sally wore a ragged pink outfit, covered in ants and dust. In his tiny hands, he held an ash-covered corn cob.

“How old is he?” Amy asked as she cradled Sally in her arms.

“More than 4,” a relative replied.

“Months?” Amy asked. “No, 4 years,” he said, adding, “This is his twin sister,” as he pointed to Selena, who appeared much younger but was nearly four times larger than Sally.

Time stood still as Amy examined Sally’s tiny face. “You are already a miracle,” she whispered. Sally and Selena’s situation was heartbreaking. “The mother just left them like this,” the relative revealed. “I didn’t know what I could do.”
Little Sally clasped Amy’s finger and rested his head on her chest. Amy then knew that their “forever was changing and even more, I knew how easily we could have missed it.”

“This baby boy had waited over four years for someone to find and rescue him from this horrible condition,” Amy wrote.

Just then, she knew she had to bring Sally and Selena back to OVI.

Even though Sally was battling pneumonia and severe malnourishment, he had a brave spirit. The boy had a big smile on his face whenever Amy stroked his cheek.

“This will to fight and the devoted affection of his twin sister Selena is what gives us hope for his full recovery,” Amy wrote.

Sadly, there are still countless other vulnerable children either abandoned, confined by embarrassed parents, striving within packed institutions, or too poor to access treatment in Kenya.

“It is for this reason that we founded the OVI Children’s Hospital,” Amy wrote.

The sympathetic Amy knew about diseases from an early age, as her mother was suffering from cancer. It was her mission to work with children in some way, as per Kentucky Kernel.

“My goal is that no child will ever have to suffer alone,” Amy said.

Hence, despite being worn out because of the “wild, messy life,” which continues to bring “many tears and frustration,” Amy lives for a cause greater than herself: the sake of the numerous children in need of care, love, and hope.

Amy’s inspirational story brings to mind a famous quote by American writer Helen Keller: “Believe, when you are most unhappy, that there is something for you to do in the world. So long as you can sweeten another’s pain, life is not in vain.”

Salute to Amy and Rob for leaving a comfortable life to help the orphans and vulnerable children in Kenya.

Not many of us can be like the selfless Amy, but we still have the power to change the world for the better by helping one person at a time.