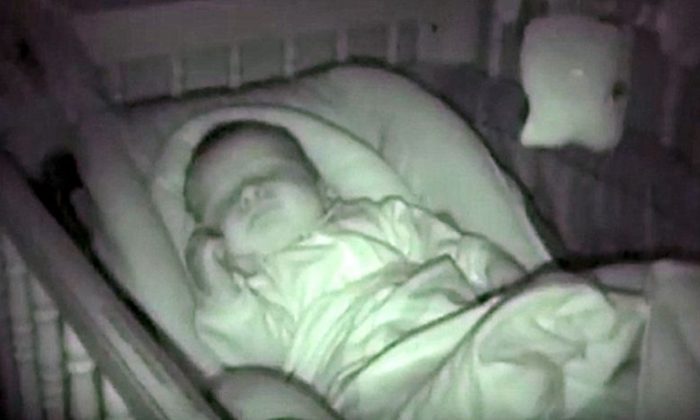 A video showing a “mechanical baby” has again gone viral.

No it’s not a “Terminator” robot in its early stages, but it’s a child’s “mechanical” arm movements as his parents try to put him to sleep.

It appears as if the baby is having a strange dream. But, according to psychologist David Foulkes, babies might not dream at all. “If an organism gives evidence that it can perceive a reality, then we are prone to imagine that it can dream one as well,” Foulkes said.

Another expert believes that babies dream only images. “Since infants don’t have language, their dreams probably consist of imagery without any dialogue,” Jodi Mindell, Ph.D., the associate director of the Sleep Center at The Children’s Hospital of Philadelphia, told Parenting.com.

But according to a Q&A session published by the New York Times 12 years ago about whether babies dream, “Yes, as far as we can tell,” said Dr. Charles P. Pollak, who is the head of Center for Sleep Medicine at NewYork-Presbyterian/Weill Cornell hospital in New York.