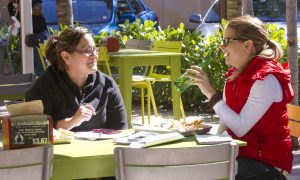 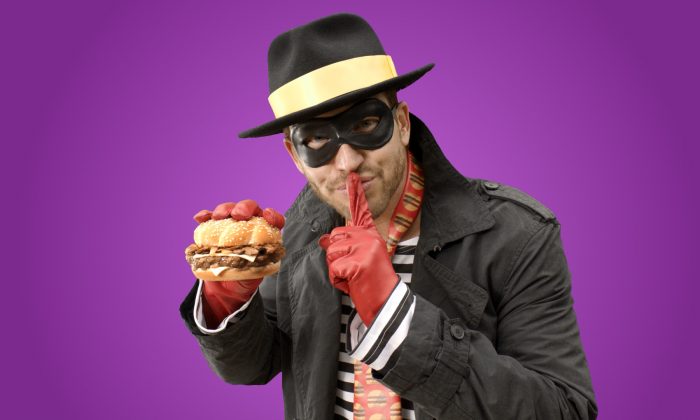 In this undated product image provided by McDonald’s one of the McDonald’s mascots the Hamburglar poses for a photo. The company is bringing the burger thief back to its advertising after a 13-year absence. On Wednesday, May 6, 2015, McDonald's Corp. tweeted a 30-second ad featuring the Hamburglar, his face unseen, flipping burgers in a suburban backyard with his wife and son. (McDonald’s via AP)
Business

After six consecutive quarters of falling sales in the United States, McDonald’s is on a mission to reinvent itself and lure back today’s consumers.

What’s next in McDonald’s arsenal? Kale.

The world’s biggest restaurant chain is testing out a Turkey Sausage and Egg White breakfast bowl in Southern California stores, which includes the popular leafy green—as well as spinach and bruschetta (an Italian grilled bread appetizer).

The new menu item is a far cry from the flash-frozen burgers the company is mostly known for. Looking at the ingredients alone, an unsuspecting foodie might even think it’s a dish from his favorite brunch spot.

But just a few months ago, the company had sworn off hipster food like kale, soy, quinoa, and Greek yogurt in an ad spot unapologetically praising the Big Mac, warning, “all vegetarians, foodies, and gastronauts, kindly avert your eyes.”

The January ad promised that McDonald’s wouldn’t pander to the latest food trends, but amid falling sales—indicative of consumers’ increasing preference for fresh, high-quality ingredients—the company relented after all. In addition to the kale salad bowl, McDonald’s is also introducing the Chorizo (Spanish for sausage) and Egg bowl in California: made with hash browns, cheddar jack cheese, and pico de gallo (Mexican salsa).

This isn’t the first time McDonald’s past caught up with their latest efforts to rebrand: on Wednesday, the company resurrected their Hamburglar cartoon mascot known to many who grew up in the 1980s—except the updated version is a suburban dad sporting a fedora, trench coat, and a bit of gruff.

People took to Twitter with mixed reactions to the new Hamburglar:

This Hamburglar looks like he would roofie your soda so he could steal your hamburgers. pic.twitter.com/QSlWz5oaUP

Dear @McDonalds, You don’t need to steal back your burgers with the #Hamburglar. We know a guy. #RepoMan #WWE pic.twitter.com/7srMQNqqI5

The new Hamburglar is part of an ad campaign to promote their limited-time-only Sirloin Third Pound burger, made with 100 percent North-American-sourced sirloin beef, according to the company’s website.