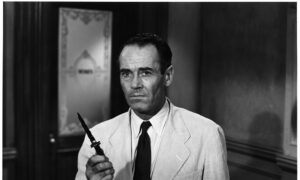 Popcorn & Inspiration: '12 Angry Men': A Prime Example of Not Bowing to Peer Pressure
0 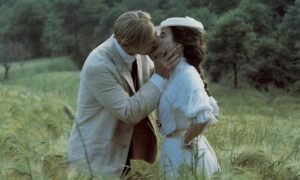 Popcorn & Inspiration: 'A Room With a View': A 'Little-Miss-Can't-Be-Wrong' Becomes Emotionally Literate
0 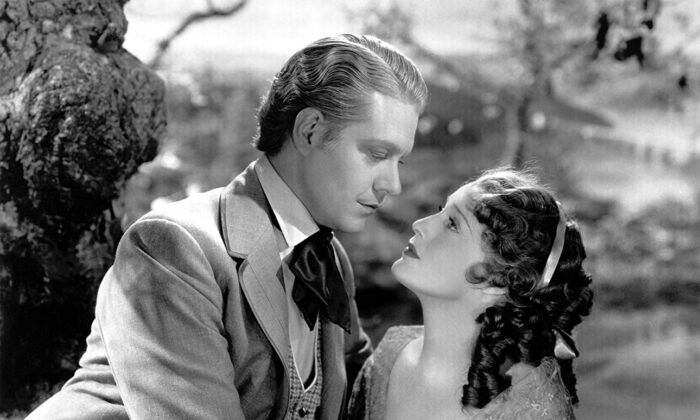 Popcorn & Inspiration: ‘Maytime’ from 1937: Sweethearts for a Day

St. Valentine’s Day may be past, but all of February is recognized as the month of love. If you’re done with flowers and candy, pull out a romantic classic film.

One of my favorite Golden Era romances is “Maytime” from 1937. This musical drama stars Jeanette MacDonald and Nelson Eddy, classical singers who made eight films together. After this film, they were known as the Singing Sweethearts of the Silver Screen; it’s all about sweethearts.

A small-town girl, Barbara (Lynne Carver), considers leaving her fiancé, Kip (Tom Brown), to study opera in New York. She finds Kip’s disapproval selfish and unreasonable. An elderly woman named Miss Morrison (MacDonald) overhears their quarreling and Barbara saying that she just wants to become a great singer. Miss Morrison then recounts her own youth, when she was Marcia Mornay, a famous soprano.

Years earlier, young Marcia sings for Parisian royalty. Her maestro, middle-aged Nicolai Nazaroff (John Barrymore), guides her through the evening as he has guided her career for four years. Now that her career has reached its height, his work is done, so he asks her to marry him as repayment. Honored, Marcia accepts.

Restless later that night, Marcia takes a carriage ride. When the horse breaks loose, she ends up waiting in a café where she meets the handsome, young, and carefree baritone Paul Allison (Eddy). He would rather have fun than heed his opera maestro (Herman Bing).

Paul falls for Marcia instantly, and she reluctantly agrees to lunch at his flat the next day. Back at her hotel, Nicolai has discovered her absence. She eventually makes him believe her story.

At lunch the next day, Marcia and Paul feel love’s stirrings. However, Marcia says they can’t meet again. Paul thinks otherwise, so he visits her at the opera house, insisting they attend a May Day festival together. She agrees in order to get him out of her dressing room before Nicolai arrives.

On May Day, Marcia discovers true happiness. The sweethearts pledge their love, but Marcia says she must marry Nicolai. Heartbroken, they part after “one day to last a lifetime.”

She weds Nicolai, expecting to never see Paul again. Nevertheless, they are destined to meet seven years later in America when they perform an opera together. After being reunited, will they be able to part again?

“Maytime” shows the importance of honesty. The leading character’s untruthfulness with her two men causes years of suffering for all three.

Marcia’s relationship with Paul begins with half-truths. After their meeting, he asks her to dine with him. As she never explains her refusals, he persists until she accepts. If she had simply said she was engaged that first evening, he may not have pursued her further.

This dishonesty culminates on May Day, when Paul learns about Nicolai. Marcia sadly says, “It shouldn’t have happened. I shouldn’t have let it happen.” She confesses that she didn’t squelch their romance because it was “such fun,” hoping it would “end like that and not like this.” By stringing Paul along, she lets them form a deep attachment.

Marcia deceives Nicolai as well. When he suspects her first nocturnal outing was a rendezvous, she carefully avoids mentioning Paul at all. The next day, when she lunches with Paul, her secretive behavior proves that Nicolai doesn’t know her whereabouts. After Paul bumps into Nicolai outside Marcia’s dressing room, she unconvincingly lies that he is just a “silly young man” who wanted to meet her.

And when the singers meet again seven years later, Nicolai instantly sees their connection. After opening night, he asks Marcia, “There was a great deal you never thought important enough to tell me, wasn’t there?” She answers, “Very little.”

“Very little,” he replies. “Yet it’s stood between us for seven years.” Her deception doomed their marriage from the start.

Love Songs for All

In addition to valuable life lessons, this film offers a wealth of wonderful classical music. Surprisingly, only one song, the love duet sung on May Day, came from the Sigmund Romberg musical of the same name. The rest of the music consists of opera excerpts, folk songs, and symphonic music adapted into vocal music.

The duet that Paul and Marcia sing beneath a flowering tree on May Day is one of the most emotional songs this duo ever sang. The image of the historically attired sweethearts against the pastel vernal background could be a vintage valentine. The exquisite melody of their duet, “Will You Remember,” highlights the beautiful blend of their soprano and baritone voices.

The lyrics are a heart-rending tribute to the single spring day when they were sweethearts, and this moment shows Jeanette MacDonald and Nelson Eddy at their very best.

The May Day scene can only be surpassed by the climax, the opera sequence in America. It is a performance of the finale from “Czaritza,” a fictional opera based on Symphony No. 5 by Tchaikovsky with French lyrics. The passion is palpable and multilayered in this scene, since the emotions of the characters in the opera reflect the longing of the singers playing them. As Nicolai aptly says, “They’re referring to it as a living emotion. Whatever it was, it was most effective.” Very true!

Films like this bring opera to the masses by incorporating classical music into deep stories. All the music is in the context of the story and furthers the plot. As a result, “Maytime” doesn’t have a theatrical, stereotypical “musical” quality. This is the sort of musical that people who don’t usually like musicals could enjoy. It is artistic enough to succeed without music, so the beautiful songs are just an embellishment.

“Maytime” shows that a career cannot replace true love and happiness. Marcia becomes a famous prima donna, but it brings no contentment. She would have been far happier without fame, married to Paul. She chose the man who created and guaranteed her career instead of the man who offered undying love. Thus, she had only one day of happiness to remember throughout her life.

Although Marcia and Paul miss their chance at happiness, their story guides Barbara and Kip. Marcia tells Barbara, “I met Paul too late, but you and Kip have the whole world ahead of you, if you want to take it.” This movie reminds us to cherish true love, lest we be sweethearts for just one day.