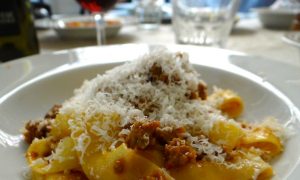 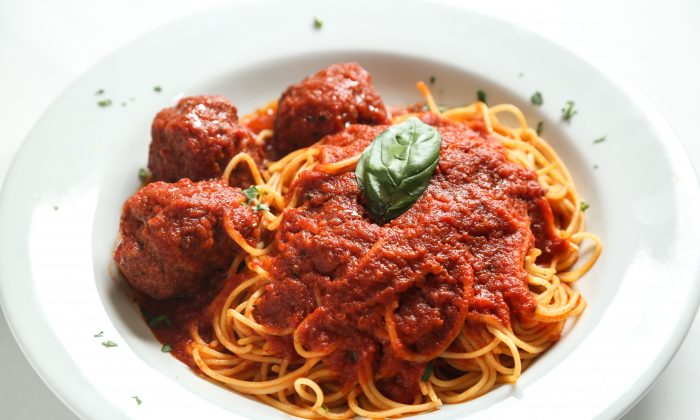 An Italian mayor is on a quest to debunk the myth that spaghetti bolognese has anything to with his beloved city of Bologna.

Virginio Merola is so sick of claims the world-famous pasta dish originated in Bologna that he’s launched a public awareness campaign to break the “fake news” link between the northern Italian city and spaghetti bolognese.

“Dear residents, I am collecting photos of spaghetti Bolognese from around the world (speaking of fake news). This one is from London, please send me yours,” wrote Merola on social media earlier this week.

He shared a photo of a noticeboard advertising the pasta dish as the “specialty of house.”

The mayor told the British publication The Telegraph that he plans to collect all the photos people send him and create a public display of the dish that apparently makes waiters’ eyes roll if ordered in Italy.

“It is strange to be famous all over the world for a dish that isn’t ours,” he told the Telegraph. “Of course we are happy that it draws attention to our city, but we would prefer to be known for the quality food that is part of our culinary tradition.”

“What we’d prefer the world to know is that Bologna invented tagliatelle, tortellini, and lasagne,” he told RAI.

A dish said to actually originate in Bologna—and that perhaps inspired spaghetti bolognese—is Tagliatelle al Ragù, or Tagliatelle Bolognese. This is a broad noodle served in a slow-cooked meat sauce with chunks of vegetables—including tomatoes.

Another user posted a photo of an ad board from the Czech Republic that added insult to injury by plugging not just “bolonske spagety” but “lasagne polevka.” This translates as “lasagne soup,” a dish few in Italy will have heard of.

While campaigning against unauthentic dishes may be on the menu for some, last year saw several food-related incidents likely to offend for reasons of health or disgust.

There was a case in March 2018 where a Pita Pit employee in Missoula, Montana, spat on a customer’s food. The entire altercation was recorded on video and posted on Facebook.

We are shocked and saddened by the early morning incident that took place in our restaurant. We have been unable to…

Pita Pit announced the employee was fired following the incident, and an apology issued to customers.

In October, a video was posted on Twitter, captioned “something to think about the next time you eat at the salad bar.” It showed a man holding a bag of buns taking several sips of soups directly from the ladle—one that everyone else uses to scoop soup.

Something to think about the next time you eat at the salad bar. pic.twitter.com/yALLvVPbut

Apparently, according to Reddit user bubbly48, the same person who had shot the video said that this wasn’t the said shopper’s first soup. “It was his second soup. The first one made me stop and see if he would do it again. Then I went to security.”

In a particularly disturbing incident, video was shared on social media showing a rat cooking on a restaurant grill.

“Don’t eat at Teddys Burger in Mapuanapuna,” the post was captioned. “They cooking rats on the grill.”

Don’t eat at Teddys Burger in Mapunapuna.
They cooking rats on the grill 🤢😷🤮 pic.twitter.com/3OTTVFgita

The president of the burger place said in a statement that as a company, it was horrified that the former employees would conduct themselves in such a way.