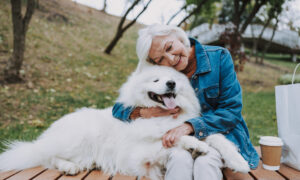 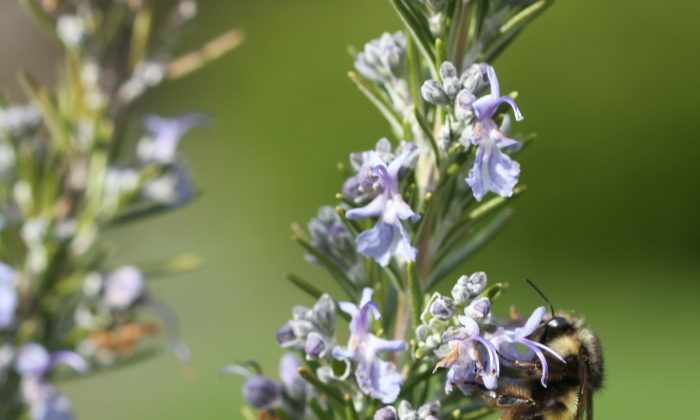 This March 24, 2014 photo shows a bumblebee on Rosemary blooms on a residential property in Langley, Wash. Honeybee numbers are dropping so steeply that some species are believed extinct. Gardeners can help by adding plants that flower both early and late in the season like these Rosemary blooms. (AP Photo/Dean Fosdick)
Life & Tradition

May Day–the first of May–is considered an ancient Spring festival celebrated in the Northern Hemisphere, primarily in Europe.

But it’s also a traditional Spring holiday in some cultures.

According to The Old Farmer’s Almanac, “Ancient spring rites that related human fertility to crop fertility gave birth to most modern May Day festivities. May 1 is the traditional day to crown the May queen, dance around the maypole, perform mummers’ plays, and generally celebrate the return of spring.”

It said that some of the “pagan reminders” from ancient times were banished as Christianity set in, but the maypole dance is still around.

“In Great Britain, the custom of ‘bringing in the May’ involves gathering ‘knots,’ or branches with buds, on the eve or early morning of May 1. In England, a favorite branch is hawthorn. In Scotland and Wales, people choose the rowan, or mountain ash. In North America, we often select forsythia, lilac, or pussy willow branches to bring spring and the prospect of new life into our homes,” the Almanac says.

May Day is correlated to the Celtic festival of Beltane–celebrated in Ireland, Scotland and the Isle of Man–and the Germanic festival of Walpurgis Night, which go back centuries. Both are celebrated April 30 or May 1.

With the advent of Christianity, May Day and other holidays were changed into secular celebrations or were replaced with and merged with Christian holidays.

One of the earliest May Day celebrations was the festival of Flora, or to commemorate the Roman goddess of Flowers.