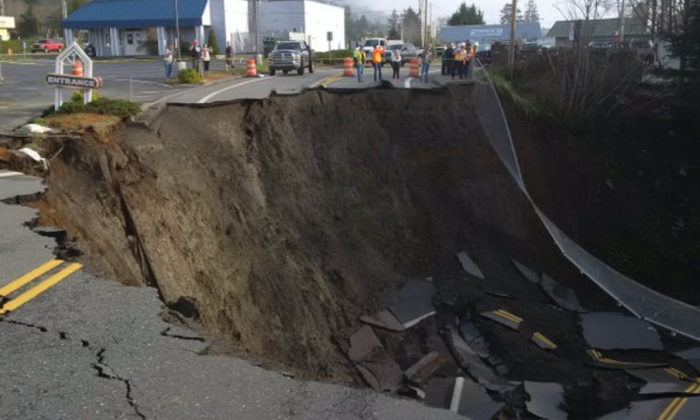 Oregon officials have closed off part of U.S. Highway 101 on Thursday, Jan. 28, after a massive sinkhole swallowed a huge chunk of road, following a series of rainstorms.

The sinkhole, in the town of Harbor, Oregon formed in the parking lot of the Fireside Diner, which a local resident joked should change its name to the Sinkhole Cafe.

One official said that the depth of the sinkhole was at least 60 feet. There have been no injuries or evacuations.

Residents who usually travel on that route will need to use a different road at least through the first week of February, officials said, according to Fox 13.