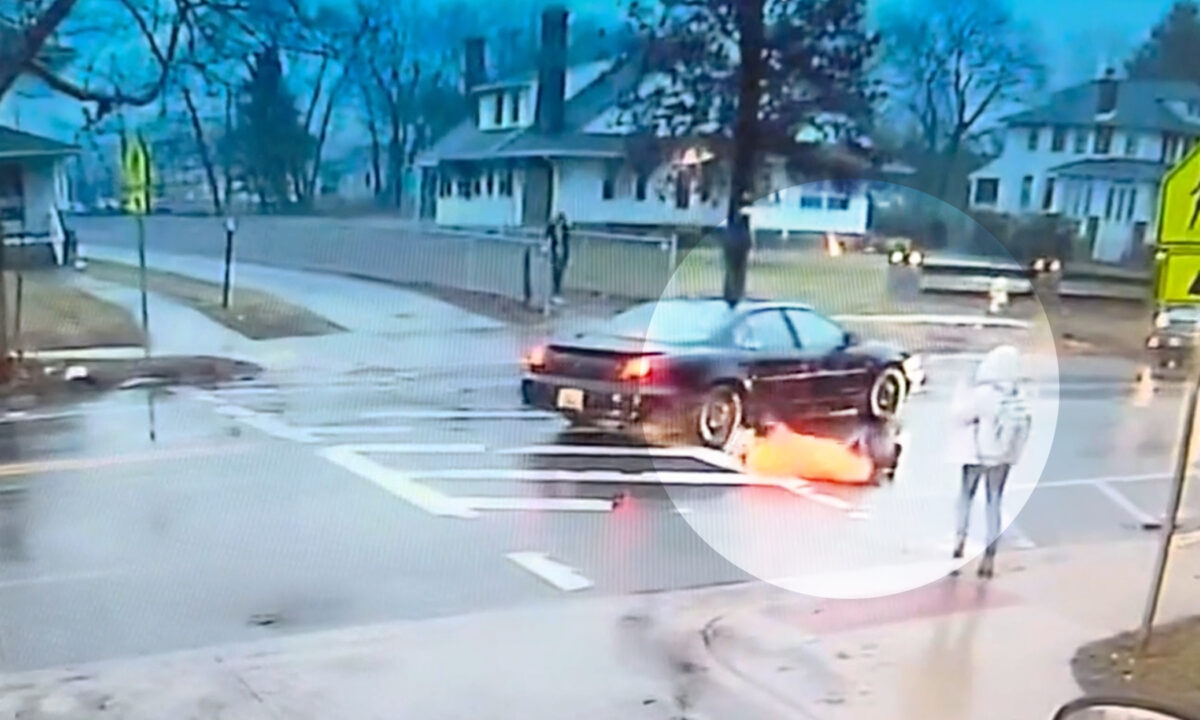 (Courtesy of Cecil County Board of Education/Bus Patrol)
Inspired

BY The Associated Press TIMEFebruary 11, 2022 PRINT

A Maryland police officer is being credited with saving a middle school student from being hit by a car, officials say.

Corporal Annette Goodyear of the North East Police Department was directing traffic on Friday, Feb. 4 at a crosswalk when the North East Middle School student entered the intersection. The officer then realized that an approaching car was not going to be able to stop in time and reacted quickly by pushing the student out of the way. The officer herself was struck by the car.

The incident was caught on camera, WUSA reported.

After the officer was struck, the student and the driver were seen attending to her.

Cecil County executive Danielle Hornberger shared the video on her Facebook page. Hornberger said she has spoken with the town’s mayor and they are working on commendations for Goodyear.

Corporal John Fakner of the North East Police Department said Goodyear was taken to the hospital with minor injuries and was later released.

(Courtesy of Cecil County Board of Education/Bus Patrol)

After the incident, on Feb. 8, Goodyear was honored by Maryland’s Governor Larry Hogan, who presented her with a citation for her selfless act, posting a photo of the presentation on Facebook along with a caption: “Thank you Cpl. Goodyear! North East PD and Cecil County residents are lucky to have you in our community protecting and serving.”

The driver of the car was cited for several traffic violations including negligent driving, the Cecil County Sheriff’s Office said.