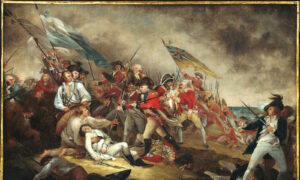 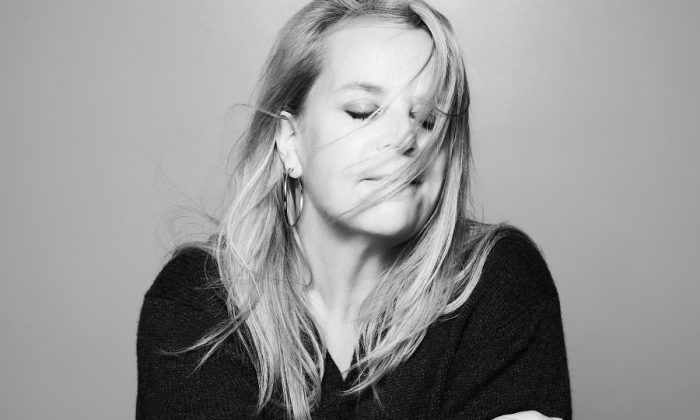 Alan Gilbert, the musical director of the New York Philharmonic, took two nights off and Vince Mendoza took over. The reason is that the featured artist in the concerts is singer/songwriter Mary Chapin Carpenter. She has a new album “Songs From the Movie,” arranged and conducted by Mendoza and this is part of her tour performing her songs with symphony orchestras. Guest artists at the concert are a starry group: Joan Baez, Shawn Colvin, Tift Merritt, Aoife O’Donovan and Jerry Douglas.

The evening began with Carpenter singing her songs I Have a Need for Solitude and This Shirt, her feminist rocker “He Thinks He’ll Keep Her” and “Transcendental Reunion” with her own group and various groupings of the female singers (except for Baez, who came on later).

Carpenter’s alto is instantly recognizable and she is still in top form vocally. Her songs often cover vast geographical distances and sometimes the distances between people, especially ex-lovers. Her lyrics are graceful and unpretentious.

Though her album with Mendoza is titled “Songs from the Movie,” I don’t believe any of the songs actually come from any movies. Rather, the accompaniment is a lush orchestral sound that is heard in many film scores. The only piece that did come from a movie was the “To Kill a Mockingbird Suite” by Elmer Bernstein (1922-2004). The native New Yorker wrote over 200 film and television scores. This one was the 1962 film adaptation of the Harper Lee novel for which Gregory Peck won the Best Actor Oscar. The Suite was quite pleasant with a Copland influence.

As an arranger, Mendoza is this generation’s Nelson Riddle. His instrumentations are always interesting and add atmosphere to each song without distracting. Probably his masterpiece to date is his album with Joni Mitchell, “Both Sides Now.”

The orchestrated songs from the “Songs from the Movie” album that were performed at the concert are “Stones in the Road,” “Only a Dream,” “Mrs. Hemingway” (about the novelist’s first wife), “Ideas are Like Stars” and “Goodnight America.” The guest stars were helpful (although Joan Baez seemed unfamiliar with the words; she was probably more comfortable with the material at the second show). O’Donovan’s sweet voice added charm to “Transcendental Reunion” and Merritt provided energy on “He Thinks He’ll Keep Her.” Colvin was underutilized and deserves her own concert.

I would have liked to have seen a solo piece by each of the guests, but this was Mary Chapin Carpenter’s show. She didn’t disappoint her fans and dedicated an encore to Pete Seeger, which, like Baez’s presence, make clear the folk music influence in her songs.

From March 5-8, the New York Philharmonic is presenting Stephen Sondheim’s great musical, “Sweeney Todd: The Demon Barber of Fleet Street.” Playing the villainous title character is Bryn Terfel and Emma Thompson will be Mrs. Lovett. Alan Gilbert will be conducting the orchestra. From March 12-15, Maestro Gilbert and the Orchestra will perform Carl Nielsen’s Symphonies No. 1 and 4 plus the composer’s Helios Overture. This is part of a series of concerts devoted to the works of the Danish composer.
Mary Chapin Carpenter will perform with the Utah Symphony in Park City, UT on Saturday July 19, 2014 as part of the Deer Valley Music Festival. Vince Mendoza, who arranged Carpenter’s latest release “Songs From the Movie” and who led the New York Philharmonic at her recent concerts, will again conduct the orchestra. She will appear with the Phoenix Symphony Orchestra on Friday, April 4, 2014 at Scottsdale Center for the Performing Arts in Scottsdale, Arizona.