Top of the Rock: See the City That Never Sleeps
0 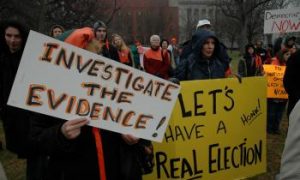 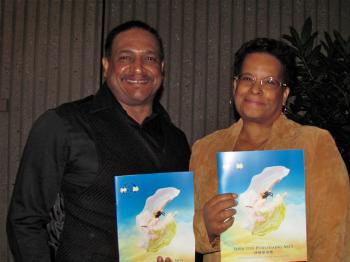 "I really, really, loved it I think everybody should come see it," she said.

Regarding the dancers, who use classical Chinese dance as their mode of expression, she said "they are so graceful [and have] graceful movements."

The performance opened her eyes "to a little bit of the culture of the country. Some of the things as Americans, we didn't learn in school," Ms. Allen said, adding that she was now interested to further research.

The New York-based Shen Yun seeks to revive China's 5,000-year-old divinely-bestowed culture that was lost in the past six decades under communist rule.

One piece, No Regrets, depicts the persecution of Falun Dafa in China, an ancient meditation practice. A son sits down to read the book Zhuan Falun, the principal text of the practice, and is then taken away by authorities and tortured to death. But divine beings carry him off to the heavens, denoting the Chinese adage, 'Good will overcome evil.'

"They are peaceful people and they were just brutalized and that is sad," Ms. Allen said.

She added that she was "happy that this dance group is able to share a little bit of the culture that we won't get to see."

And ending on that note, Ms. Allen said, "So that is what I liked about it most. And I hope that they continue."

Reporting by Sound of Hope Radio Network and Jack Phillips.