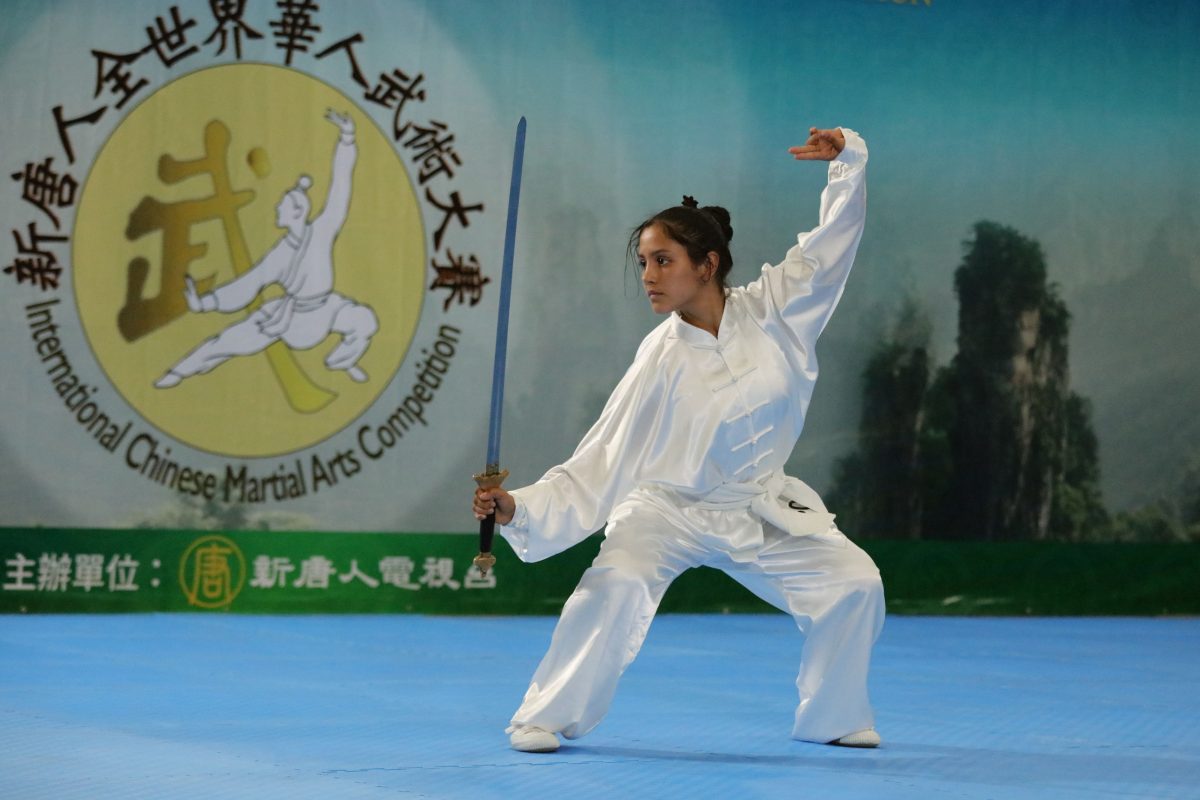 Martial Artists Get at the Essence of ‘Martial Arts Virtue’

In the sporting world, martial arts have climbed in popularity, but practitioners of the oldest forms existing say the true essence is being lost in the world today. To take on the insurmountable task of reversing this trend, traditional Chinese martial artist Youfu Li chairs a decade-old competition which aims to revive a lost culture.

“To be able to distinguish good from bad, and to be able to stop evil while helping the righteous, are the most important moral requirements on martial arts practitioners,” Li said.

Almost 70 competitors from around the world competed in the semi-finals and finals of the sixth NTD International Chinese Traditional Martial Arts Competition on Aug. 25.

Far from being concerned with displaying dazzling moves or fighting to win, the contestants quite unanimously expressed that the real purpose of traditional martial arts is “cultivation.”

“It’s not just movement—these days, people pay a lot of attention to movement, accurate technique this and that, but a lot of it is about the traditional ideas,” said bronze medalist Liu Zichuan. “You also focus on cultivation. That means how to improve yourself; what do you enlighten to, slowly in the process; and how you are in tune with everything else in the universe.”

“You have to spend your whole life trying to understand something so profoundly,” Liu Zichuan said.

“It’s not just about martial arts, it’s about cultivating one’s character. There is this aspect of harmony between heaven, earth, and man. There’s the element of returning to one’s true path,” he said.

“It’s not a skill, it’s a way of life,” Liu Ta-Yen said, adding that his teachers teach this as well, that it’s something you learn all the way down to your bones.

Traditional martial arts, or wushu, are part of China’s 5,000 years of divinely inspired culture and can be traced back to the Yellow Emperor. It’s a form that was once passed on from master only to disciples, sometimes just one, of his choosing.

According to Li, who chairs the competition judging panel, teachers in the past would select their students based on their morals, or “wude,” a term meaning martial arts virtue, or the manifestation of morality in martial arts.

“This is the most important aspect of traditional martial arts,” Li told NTD. Li has served as chair of the competition since its inception in 2008.

“Martial arts virtue is simply to put a stop to evil and to take care of the kind,” he said. “In the past, when I was practicing martial arts and others asked me to compare my skills against theirs, everyone just went so far. But when you actually encounter life-threatening danger, and you truly have a kind of spirit of righteousness, where you would be willing to sacrifice your own life for others, this is the manifestation of a person’s fundamental virtue. If we are able to pass this down, the unhealthy atmosphere in society would improve a lot.”

Way of Life, and Improving Health

At age 9, Chen Chang-Ke was crushed by a bus and subsequently bedbound in the hospital for a year, while virtually paralyzed.

“To be able to breathe without pain was my childhood wish—who would have thought I would be able to move this athletically today, keeping this tradition of Chinese martial arts alive?” the bronze winner said.

“It’s not just a sport! It’s not about winning or losing. ‘Wude’ is a very important thing, the most important thing,” Chen said. The martial arts virtue is an element of character, he said, and something that stays with you in your day-to-day, normal life—not just when you’re practicing martial arts on the mat.

“If [that virtue] only exists in this venue, what a pity,” he said.

But it wasn’t until she started practicing traditional Chinese martial arts a few years ago that she found what she was looking for.

“I have always leaned towards spirituality, and the traditional Chinese martial arts have a level of spirituality, of inner power and a lot of energy,” she said.

For Franco Gomez, it’s not the movement that is important, but how your energy is managed through the movement, through the traditional forms, and wude. She realized martial arts go beyond just the physical, and this opened a path for her spirituality.

Traditional Chinese martial arts also differ from extreme sports and other challenging athletics in that they meant to improve one’s physical health. The injuries common to most other athletes are virtually unseen in the field.

Eike Andreas Opfermann, a bronze medalist from Germany, recalled a skiing accident, and how he walked away practically injury-free, while most people involved in a similar fall are laid up for some time.

“You improve your physical condition; you don’t harm your body, you actually cure your body,” Opfermann said. “Wushu isn’t like extreme sports or challenging sports that aren’t really that good for your ankles and joints.”

There’s a physical limitation to wushu, but it’s not what you think.

“When you reach a certain level in your physical strength or condition, you can’t go beyond that if you don’t improve your moral quality, your inner quality of character, as well,” Opfermann said. “It’s important. To a point, it’s almost as important as training in the movements itself.”

A Competition That Preserves Culture

Gold medalist Liu Ta-Yen said he really hadn’t ever participated in a competition quite like the NTD International Competition before.

“It really is a special event—being here is like seeing old friends again. And this atmosphere is something you can’t find anywhere else—at least, I haven’t seen it,” he said. “To be able to show the true traditional Chinese martial arts is gratifying.”

The word “traditional” in Chinese is comprised of two characters, the first which means to “pass on.”

“I’m really thankful for the competition, because they are truly considering how to preserve and pass on traditional Chinese martial arts. You can’t find this anywhere else,” he said.

He added that “wude,” the most important component in traditional martial arts, has the sort of ripple effect we should all want to see.

“Out of everything you learn, the most important thing is cultivating character. If you do this, your interpersonal relationships are harmonious, and to have this throughout society benefits society,” he said. “If you don’t have this, no matter what the context …  even in business, people cut corners, do bad things, harm other people.”

“I feel these things are being lost in modern society, there isn’t a focus on it anymore. But competitions like these, in the midst of this downstream current, bolster things like traditional Chinese martial arts,” Liu said.

Martin Alonso Valderrama Correa from Colombia was proud to represent his country, and grateful for China’s 5,000 years of divinely inspired culture in passing down the great teachings of ancient masters. Tracing the traditional martial arts he practices today all the way back, that would make Laozi, the founder of Taoism, his master as well, he said.

“The virtues of the martial arts is the best they can offer us, it is one of the millennia-old disciplines that, thank God, has not ended,” he said. “I hope that with these events continue, and for the sake of humanity these virtues continue on in humanity.”

Li told NTD, “The purpose of learning traditional martial arts itself is to have defense capability, a healthy body, an unyielding will, and also to cultivate bravery. Facing difficulties, you will be able to be fearless and step forward bravely to stop evil things.”

With reporting by Shiwen Rong.