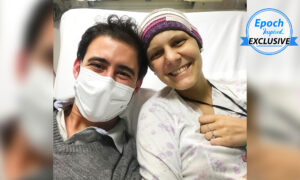 Couple Diagnosed With Cancer Met and Fell in Love at Hospital: 'Everything Happens for a Reason'
0
Share Now
TelegramFacebookTweetEmailTellMeWeReddit
Copy Link 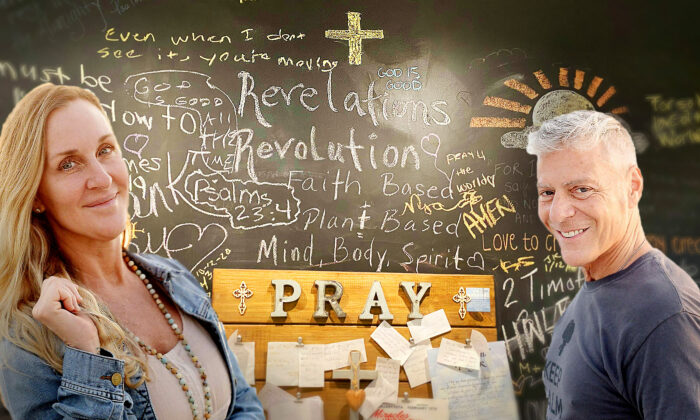 A formerly homeless man and his wife, a former addict herself, just opened a plant-based restaurant in Florida together, which has been successful despite the disruption of a global pandemic.

The restaurant in Lutz is named “Revelations Café,” after a realization the couple had telling them to open a restaurant where people could not only eat together, but also pray for each other.

“The name ‘Revelations Café’ has absolutely nothing to do with the book of Revelation in the Bible,” Mia Revello-Graham explained in an interview with The Epoch Times in January.

Rather, she says, “It is about us cultivating an atmosphere of love and healing and deliverance and loving people … no matter their race, their religion, no matter what they believe.”

Mia’s husband, Robby Graham, says higher forces are at work leading people in through their doors. “We don’t believe it’s an accident that they showed up,” he said.

The couple first met at an AA meeting when they were both recovering from substance abuse. Mia was not looking for a man, she says, let alone a homeless man. But something about their first encounter set off sparks.

“He turned around and there was something spiritual, something supernatural that happened in that moment,” she said.

Despite that she was over a year sober and he only just beginning his recovery journey, Mia felt their meeting had been “divinely orchestrated”—a pattern they say was repeated in their new business venture, like an extension of their relationship.

The couple say that in 2017, they had a vision from God telling them to serve their community by opening a café. “God chose food, even though the restaurant business was nothing that we’d ever done before,” she added.

When Mia told Robby about her vision, he was not quite as enthusiastic about the idea; after having experienced a tumultuous time in the restaurant business, he wasn’t sure he wanted to return to the industry.

However, God had other plans. Robby said he was reading the Scriptures when a message from above told him clearly, “Feed my sheep.’”

But they soon came to realize their calling wasn’t simply to serve food, but also healing.

“When people come in, how are they feeling?” Mia asked rhetorically. “Do they need comfort in some sort of way? Because there’s just so much brokenness.”

And their service has had an impact: from inspiring customers, to helping them transition to a vegan diet, to leading people onward in their own spiritual journeys.

“There have been a few people who have transitioned to a vegan diet,” Mia shared. “[Some] people just all of a sudden, they just have this encounter with God, and their life is transformed. And then they want to come back and share with us how their life is so much better.”

She adds that this is, perhaps, God’s way of encouraging them in “moments of weakness.”

They hope also to teach people life skills, such as gardening and cooking, with the café serving as an employment opportunity for them in recovery.

“People come in here,” Mia said. “The one thing people say is it feels like home … they feel loved. They feel like they matter.”